This copyright and trade secrets win is the firm’s biggest IP success so far this year. 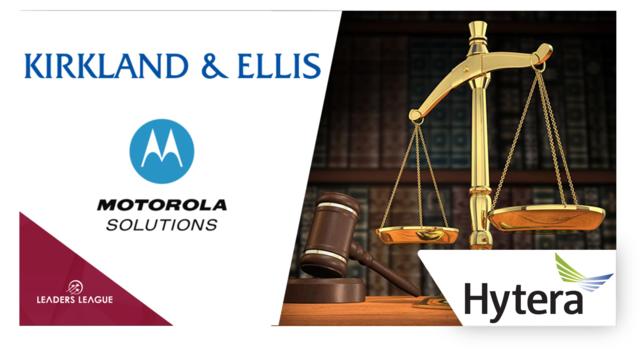 In a blockbuster win for Motorola Solutions, an Illinois jury awarded the phone company $765 million in its case against Chinese telecoms company Hytera – the maximum award it requested.

This copyright infringement and trade-secret theft dispute is by far the largest in the US so far this year in damages terms; Motorola Solutions was awarded $345.8 million in compensatory damages and $418.8 million in punitive damages. Motorola is now seeking a global injunction against Hytera further appropriating the company’s trade secrets and IP; this would effectively prevent all sales of Hytera’s current mid-tier and high-end DMR (digital mobile radio) products.

Initially filed almost three years ago, Motorola asserted that Hytera’s two-way radios and repeaters were making use of the company’s trade secrets; in July 2018, Motorola added to its complaint copyright infringement allegations relating to source code. During trial, Hytera – a former distributor of Motorola radios – confessed not only to possessing thousands of confidential Motorola documents, but to some of its products using stolen Motorola source code to this day.

Separately, Motorola Solutions has brought a patent infringement case against Hytera, also relating to Hytera’s two-way radios, repeaters and dispatch systems. The case is expected to go to trial later this year or early next year.

The general dispute between the two giants takes place at a time of slowly rising tension between the US and China, with the FBI identifying China earlier this month as the biggest law enforcement threat to the US. FBI director Christopher Wray has claimed that China is attempting to steal US technology “by any means necessary”; the bureau has already arrested 19 people in China-related cases so far this year.

The challenge for Motorola will now be to secure the award. Such recoupments have proven difficult in “soft IP” cases involving Chinese defendants, as Nike and Converse found when trying and failing to collect a $1.8 billion trademark infringement award from 650 counterfeiters in China last month. Motorola’s award should be easier to collect, given Hytera America is physically present across the continent.