The full-service Italian firm has linked up with French and German outfits to enhance its international offering. We look at what this means in practice. 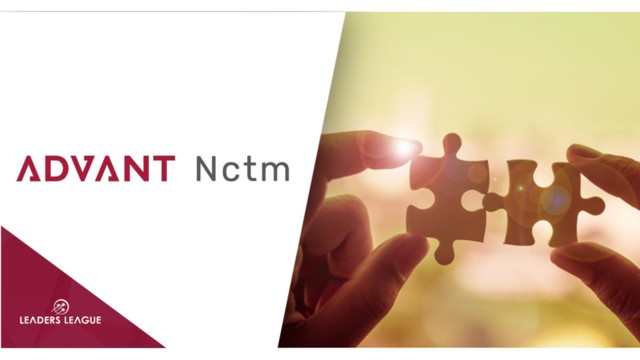 Munich-headquartered Beiten Burkhardt and Paris-based Altana – now named Advant Beiten and Advant Altana – are the other members of the new network, which aims to leverage its wider European branding to attract multinational clients and cross-border work, strengthening its position in competing with other European vereins such as CMS, Baker McKenzie and DLA Piper.

Nctm and Beiten Burkhardt are equal in size, with around 260 professionals and 60-65 partners each, and 12 offices between them; founded in 2009, Altana is the junior partner, with 22 partners and 85 lawyers based in one office. Despite this, each firm will have two partners on Advant’s leadership board; Nctm’s leaders in the network will be M&A partners Vittorio Noseda and Nctm founding partner Paolo Montironi.

Together, the alliance will have 140 partners and 600 professionals across 13 offices, with an estimated combined revenue of €216 million – though given the network’s verein structure, profits will not be shared between offices. By itself, Beiten Burkhardt is by far the highest-grossing firm of the three, though this has much to do with the fact that the German economy is twice the size of Italy’s. In relative terms, Nctm is a more significant player in its market: as of 2020, Beiten Burkhardt is the ninth-highest-grossing German firm, while Nctm is Italy’s sixth-highest.

Geographically speaking, the alliance is certainly complementary in both Europe and China: Nctm has offices in Milan, Rome, London, Brussels and Shanghai, while Beiten has five German offices (Munich, Dusseldorf, Frankfurt, Berlin and Hamburg) as well as outposts in Brussels, Moscow and Beijing.

For Beiten, this is its second attempt to forge an alliance: back in 1999, it was a co-founder of the four-firm network BBLP, which fell apart two years later. The new, smaller umbrella formation is already auguring better: Beiten is older and wiser than it was, and the alliance has been three years in the making, with significant due diligence having gone into it.

The verein set-up will give the firms flexibility as well as solidity: each firm is well established in its own market, avoiding the route of expansion that involves stretching each firm too thinly, but each firm is also financially and regulatorily independent, allowing branding benefits to accrue without the pitfalls that have befallen so many tighter mergers.

“We believe we are unique,” Noseda told Legal Community, “because of our specific focus on Europe, and because we will try to make Europe ‘simple’ thanks to our unified offering.”

Europe-dominant vereins have been around for decades, and in the same week as Nctm’s announcement, a much larger alliance between French colossus Fidal, German giant Luther and major Italian firm Pirola Pennuto Zei & Associati – an alliance known as unyer – was announced. So what makes Advant unique?

For one thing, its structure. Each of the three member firms will be more independent than the local firms of large vereins such as CMS and DLA Piper, retaining almost all its normal day-to-day operations while using the Advant brand to coordinate legaltech, communications and future international expansion. But the three Advant firms will be more closely knit than unyer’s three firms; for example, Advant Nctm is keen to send its lawyers on secondments to Advant Beiten and Advant Altana, and vice versa.

Another differentiating factor is Advant’s specifically European outlook: while unyer positions itself as “global advisors”, and the major vereins that are dominant in Europe are also present in other continents, Advant focuses on advising clients – whether they are from Europe or elsewhere – on French, German and Italian law. It already has an eye on expansion, but even this will be European: Noseda has identified Iberia, Benelux, Poland and the Nordics as potential new nodes for Advant.

“There is no rush,” Noseda qualifies. Growth should come naturally, and for now, stability is key.