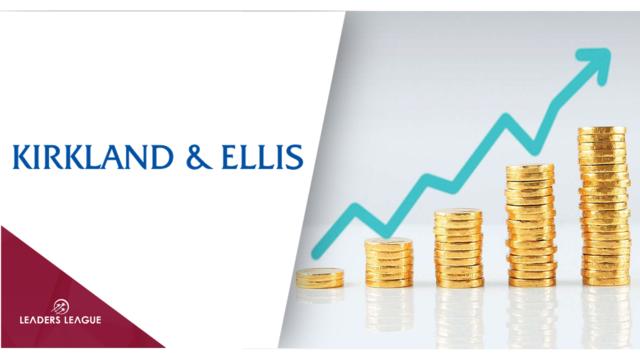 As we predicted in an article last week, Kirkland & Ellis’s 2019 revenue has now been revealed to have exceeded $4.1 billion. At $4.15 billion, the firm’s revenues now outstrip those of its closest rival, Latham & Watkins, by almost $400 million.

Kirkland’s meteoric rise is made even starker by the fact that it cracked the $3 billion boundary only three years ago (at which point it overtook Latham & Watkins for the first time).

This 10% increase in its revenue has not been reflected in its revenue per lawyer: it saw a 2% dip in this metric, to $1.6 million, after an almost 13% increase in headcount in 2019. (In addition, the firm made up an astounding 141 partners last year – making it 531 new partners in the last five years.) Nonetheless, profit per equity partner (PEP) was up 3% to $5.2 million. The firm had around 430 equity partners last year, and currently has around 600 non-equity partners.

Kirkland’s success can largely be attributed to its highly profitable work in private equity, as well as successful fund formation and restructuring mandates (for example, securing lead roles in late 2019 on the restructuring of both Pizza Express and Mothercare, and billing Toys R Us tens of millions of dollars to restructure its $5 billion debt holdings). Recent headline corporate mandates including Kirkland’s advice to Cinven on its €17.2 billion acquisition, alongside Advent International and RAG-Stiftung, of ThyssenKrupp’s elevator business; last year Kirkland advised Bristol-Myers Squibb on its $90bn acquisition of Celgene, and AbbVie on its $63 billion purchase of Allergan. In terms of headline mergers it performed second only to Wachtell, Lipton, Rosen & Katz; and in terms of M&A market share, it was third only to Wachtell and Sullivan & Cromwell.

Given the distance by which Kirkland outpaces its competition in revenue terms, it’s difficult to see how it could be caught up with. Its restructuring revenues may benefit even further from the disruption and economic damage caused by the 2020 coronavirus, though not hugely: it will be mostly small and medium-sized businesses, outside of Kirkland’s client base, that will be significantly affected. In the wake of the virus and the minor recession that will follow, firms we can expect to do especially well this year will be those with robust restructuring and employment practices. Jones Day springs to mind, as do Proskauer Rose, Gibson, Dunn & Crutcher and, to a slightly lesser extent, Weil, Gotshal & Manges. We look forward to seeing these firms’ 2020 results next year.

In any case, particular praise should go to Jeffrey Hammes, who oversaw the firm's trebling of revenues during his decade-long tenure as chairman before retiring in December. He is now Chair Emeritus; the firm's Chairman is now Jon Ballis, who is, unsurprisingly, a private equity don.