The move will increase Just Eat Takeaway’s global customer base to 70 million. 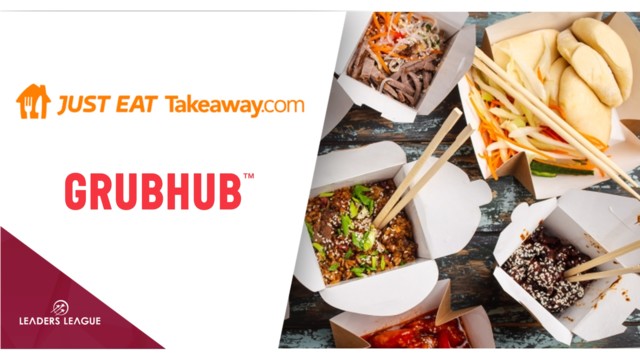 Only two months ago, Just Eat secured competition approval for its £6.2 billion ($7.6 billion) merger with Takeaway.com. But its appetite continues unabated: the European giant has now bought Grubhub, one of the US’s leading food delivery companies.

This is a major move. As of May 2020, Grubhub had 23% of all meal delivery sales in the US – the same market share as key competitor Uber Eats, which was, as of today, still in talks to buy Grubhub out. It announced it was walking away from the deal, for reasons speculated to do with avoiding antitrust and other regulatory scrutiny, shortly before Grubhub went public with news of the Just Eat Takeaway acquisition.

Uber Eats currently has a stronger market share than Grubhub across Texas and in Washington D.C., Miami, Atlanta and Phoenix; the two are evenly matched in San Francisco. Grubhub has the edge in New York City, Los Angeles, Chicago, Philadelphia and Boston. A merger between the two would have been complementary.

Yet a transatlantic merger has eventuated instead. It will be interesting to see who the next food delivery giants to consolidate are: in the US, as well as Grubhub and Uber Eats, there is the dominant DoorDash, as well as the smaller Postmates, which may well be a target given its digestible size and strong relationships with suppliers as well as restaurants. In Europe, Uber Eats’s main competitor is Deliveroo, which received a much-needed $575 million investment from Amazon last quarter.

All of these food delivery companies are losing money, and though the pandemic has meant more business for all of them, the need to consolidate to secure market share and economies of scale is pressing. These are interesting times for an interesting sector.