Analysis: How Radical is the US’s $2trn Stimulus Package?

We examine Congress’s latest investment package, designed to keep the nation afloat during the coronavirus crisis. 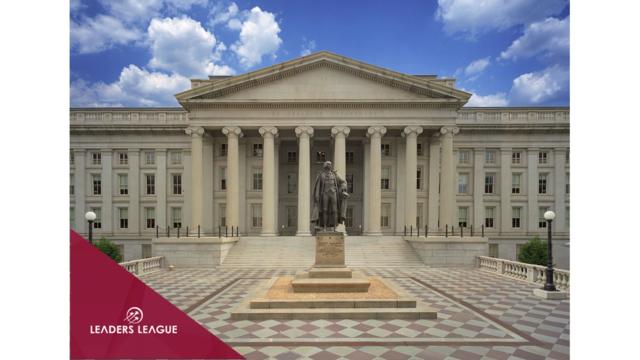 The world is reeling from the coronavirus pandemic, and the US is not immune. Earlier this week, the Associated Press reported that President Trump’s administration would propose an $850 billion economic stimulus package to Congress. Within days, the sums being negotiated in both Houses have risen to represent an estimated economic injection worth $2 trillion.

To put things in perspective, the US’s 2008 Emergency Economic Stabilization Act bailed out the banks for $700 billion; the American Recovery and Reinvestment Act the following year was a stimulus package worth $787 billion. In total, that’s $1.79 trillion in today’s money, pledged in 2008-’09 to keep the US afloat. What’s on the table now?

The direct cost of the current bill is around $1.8 trillion, part of which is for the Federal Reserve to back hundreds of billions of dollars in additional loans, and part of which delivers cheques to most US taxpayers. It also includes a $350 billion operational finance package for small businesses. That $1.8 trillion is 8.4% of GDP, compared to the 5% of GDP constituted by the $1.5 trillion packages in 2008-’09. Given that the US’s national debt has already increased by $3 trillion over Trump’s tenure, the country’s balance sheet is not looking good – but an enormous stimulus package is the only way to keep the country going while the virus continues to wreak havoc.

Systemically, the coronavirus is a deeper (albeit probably less long-term) shock to the economy, affecting its every rung, from across the supply chain to demand at the point of consumption. Healthcare, naturally, is under immense strain, and – with the exception of pharmaceutical giants such as Gilead Sciences, work-from-home tech companies such as Slack Technologies and Zoom Video Communications, and much of the media and telecoms sectors – the entire stock market has been hammered. According to Bank of America, $27 trillion has been wiped off global stocks in the last couple of months.

Meanwhile, the fatalities in the US (and globally) continue to rise – as do the job losses. A US government report on Thursday reported that over a quarter of a million Americans filed for their first week of unemployment benefits last week, a 33% increase from the previous week – and that’s just the beginning. Goldman Sachs predicts that over the next two quarters, unemployment in the US could go from 3.5% to 9%.

On Sunday, the four key Congressional luminaries – House Speaker Nancy Pelosi (Democrat), Senate Majority Leader Mitch McConnell (Republican), Senate Minority Leader Charles Schumer (Democrat) and House Minority Leader Kevin McCarthy (Republican) – met with Treasury Secretary Steven Mnuchin to discuss the rescue bill. GOP Senators say that concessions to Democrats were made on expanding unemployment insurance benefits and tens of billions of dollars’ worth of emergency healthcare funding. The plan for direct payments to households seem to cover $1,200 per qualifying adult and $500 per child, at a total cost of around $250 billion – though even this won’t be enough or in time for rent, mortgage and bill payments for millions of Americans. Republican Senator Rick Scott called for “a 60-day moratorium on mortgages, rent, fees and utilities for both individuals making less than $75,000 a year and small businesses with less than 250 employees”, but this moratorium is yet to materialise, and will not apply retroactively.

Moreover, various sticking points on the deal remain, such as the Republicans’ request to expand the Federal Reserve’s emergency loan programme, the Democrats’ desire to place limits on how firms can use those funds (they’re thinking of airlines that have blown money on share buybacks for stockholders rather than delivering value for customers), and the issue of balancing state unemployment benefits with tax debates. Trump also requested a federal guarantee for the $2.6 trillion money market fund industry, which, post-GFC, the Treasury can no longer do unilaterally – he’ll need to get it through Congress.

As of Monday morning, the deal had been stymied by the Democrats in the Senate over concerns about alleged societal imbalance and lack of scrutiny inherent in the aid package – for example, a $500 billion pool for loans and guarantees as to whose beneficiaries the Treasury would have discretion. It was described by Senator Elizabeth Warren as a “slush fund to boost favored companies and corporate executives, while they continue to pull down huge paychecks and fire their workers”.

Meanwhile, Schumer Tweeted, “We voted no on the McConnell-GOP bill because among other problems it includes huge bailouts without protections for people and workers and without accountability, and because it shortchanges hospitals and healthcare workers who need our help.” Concerns were also felt by Republicans, with Senator Josh Hawley Tweeting, “Any relief for big corporations must limit executive compensation, ban stock buybacks, and require companies to pay back loans w/ interest. Or I'm not voting for it.” It is unlikely that the bill will be passed today (Monday).

The fact that this chaos springs from natural causes has meant that in-country scapegoating has not been an option. Without a class of bogeymen to take the hit, governments have had to take radical action at all levels of the economy. Cutting interest rates, which were already at historic lows, would not be enough. The UK government, despite being the most right-wing in decades, pledged to pay 80% of wages – the equivalent of $2,895 per month – for employees unable to work because of the pandemic. Its £350 billion ($408 billion) stimulus package, worth over 14% of GDP, equates to $6,182 per capita, and is on top of tax rebates.

The US’s $1.8 trillion package (which, as a reminder, is 8.4% of GDP) works out to substantially less per capita, at $5,505. Nonetheless, this is the third US emergency aid package in as many weeks. In early March, $8.3 billion was allocated for emergency public health funding, followed by a $100 billion initial economic relief bill, which contained provisions for free COVID-19 testing and ensuring fewer people would fall through the substantial gaps in the federal safety net.

Other countries have adopted a different economic approach: France, for example, has effectively banned employers from fully firing workers, such that employers pay their “partially unemployed” workers and get reimbursed by the state. Denmark has promised to subsidise 75% of workers’ monthly salaries (up to $2,076-worth) if those workers are not fired. Sweden, another historically labor-friendly nation, is also heavily subsidising workers’ wages, with employees collecting 90% of their wages and working reduced hours. The bill being debated in the US does not offer strong worker protections: it says companies must keep employees “to the extent possible”, allowing them to fire employees while retaining bailout funds.

The US’s $350 billion package for small businesses is handy but tardy: millions of workers have already been laid off, and mass dismissals will continue before the money hits the firms’ bank accounts. It is probable that if the US had acted earlier, it would not have had to shell out such mind-boggling sums. The current package is only designed to last for 12 weeks. If the coronavirus crisis continues well into the summer – and thanks to early government inaction, it may well do – there will likely be another trillion-dollar injection further down the line.