It's the largest life sciences deal the US has seen so far this year. 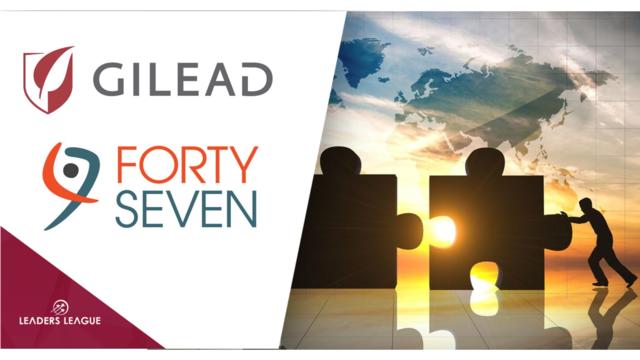 In one of 2020's first mega-deals, biopharmaceutical behemoth Gilead Sciences has agreed to buy biotech firm Forty Seven for $4.9 billion.

Forty Seven is so-called because its flagship drug, magrolimab, is an antibody that tackles the CD47 receptor – a “don’t eat me” signal sent out by cancer cells to avoid being ingested by white blood cells. The drug is in early-stage testing. Known primarily for its cancer treatments, Forty Seven will bolster Gilead’s anti-cancer portfolio.

As cancer deals go, the Forty Seven acquisition is mid-size in 2019 deal value terms. Last year, Merck bought ArQule for $2.7 billion, and Sanofi acquired Synthorx for $2.5 billion – but Pfizer paid over $11 billion for Array Biopharma, and Eli Lilly bought Loxo Oncology for $8 billion. Even GlaxoSmithKline’s purchase of the oncology-focused Tesaro inched over $5 billion. (And of course, who can forget Takeda’s $59 billion acquisition of Shire?) The Forty Seven deal is also far smaller than Gilead’s own acquisition of KitePharma for $12 billion three years ago.

Nonetheless, the current tie-up is the biggest pharma deal on the continent so far this year. It’s also welcome news for Gilead, which has seen sales of its hepatitis C drug fall sharply. The company’s latest acquisition complements its last one: magrolimab could be used alongside Yescarta, a therapy developed by KitePharma. News of the acquisition caused Forty Seven’s share price to leap by 62%, and Gilead Sciences’s to inch up by 2.3%.