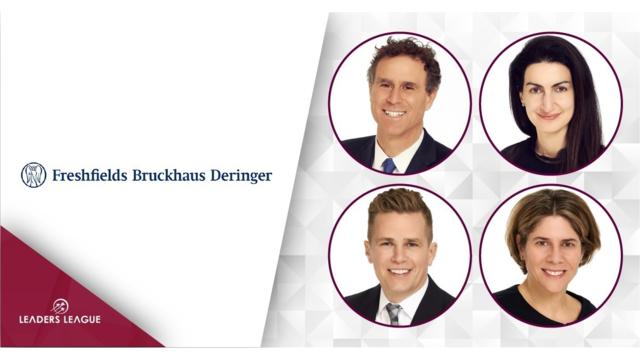 This isn’t just any team move. Ethan Klingsberg, who has longstanding experience in advising boards and bankers on complex, high-profile transactions, and who counts Lowe’s Companies and Verizon Communications among his client contacts, led the defection – and will be leading Freshfields’s M&A team in the US.

Pamela Marcogliese and Paul Tiger will join him Klingsberg in the M&A team; both are particularly well versed in defending corporates against shareholder activism, suggesting that Freshfields is making a serious board-side play in its long game to continue building credibility among corporate directors. The Magic Circle firm, renowned for M&A in the UK, has been seriously improving its profile for M&A in the US: it recently advised Starbucks on the $7.15bn sale of its global coffee and foodstuffs business to Nestlé, for example.

This is no doubt a successful coup, though news reports so far have failed to point out that this is a potentially practice-shaping move for Freshfields. The Cleary team – Klingsberg, Marcogliese and Tiger in particular – has been a market-leading defender of boards against activist giants such as Elliott Management. Freshfields, which did not previously have a particularly well-known shareholder activism practice, has made a serious inroad into an area that is only becoming more strategically important and well-compensated.

Also on the contentious corporate side, but more active in the courtroom, the highly regarded Meredith Kotler is joining Freshfields’s litigation department with a focus on M&A, securities and shareholder disputes.

Cleary, which has stuck to its lockstep compensation model in stark contrast to more aggressive firms’ eat-what-you-kill payment structure, will be nursing its corporate finance wounds. London-based partner Andrew Shutter, who played an active role in Greece’s debt negotiations in 2015, left after 22 years at the firm earlier this month.

The firm’s M&A practice, which was hardly entirely reliant on Klingsberg, still seems to be thriving: it is advising Alphabet, historically a Klingsberg client, on its announced $2.1bn purchase of Fitbit. It won’t be clear for another several months just how much the recent defections have hit Cleary’s practice.