The semiconductor manufacturer makes the US’s highest-value acquisition so far this year. 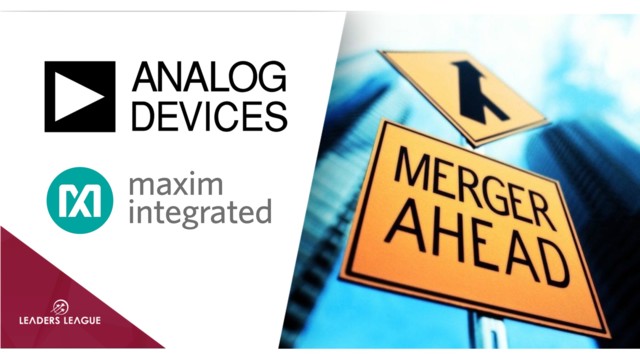 In one of the world’s largest deals so far this year, Massachusetts-headquartered semiconductor firm Analog Devices has acquired California-based Maxim Integrated for $21 billion – over 20% more than the company’s market cap last week.

The all-stock purchase is the third-largest semiconductor deal in the world for the last five years, though it’s only two-thirds the size of the largest two: SoftBank Group’s purchase of Arm Holdings and Avago Technologies’s acquisition of Broadcom, both around $30 billion. Analog Devices says its acquisition will create a company worth $68 billion.

The two companies are complementary in merger terms: while Analog Devices is noted for its activity in the industrial and healthcare spaces, Maxim is especially strong in the automotive, telecoms and data centre sectors. There will likely be synergies when it comes to the manufacture of integrated circuits, a core strength of both companies.

Maxim has not made any major acquisitions since 2013, when it bought fellow California-based chipmaker Volterra Semiconductor, a move that capped off a decade that saw Maxim make nine purchases. The company went public in 1988, five years after it was founded. In 2019 it had over 7,000 employees, 35,000 customers and sales of over $2.3 billion.

Analog, meanwhile, is far older: founded in 1965, incidentally the same year as its legal advisor Wachtell, Lipton, Rosen & Katz, it has around 100,000 customers and around 15,000 employees. Its last major purchase was four years ago, when it acquired Linear Technology for nearly $15 billion.

Will the purchase be enough to edge Analog Devices into the top ten semiconductor manufacturers worldwide? That remains unlikely for now: its revenue before acquiring Maxim was around $6 billion, compared to GPU (graphics processing unit) specialist Nvidia, which rounds out the current global top ten chipmakers with a revenue nearly twice as high despite having fewer employees. Nonetheless, Analog is one of the ten largest semiconductor makers in the US, and its latest acquisition should prove healthy for its revenues.