We look at what's in store for the dozen litigators who have spun off their own shop from the renowned litigation firm. 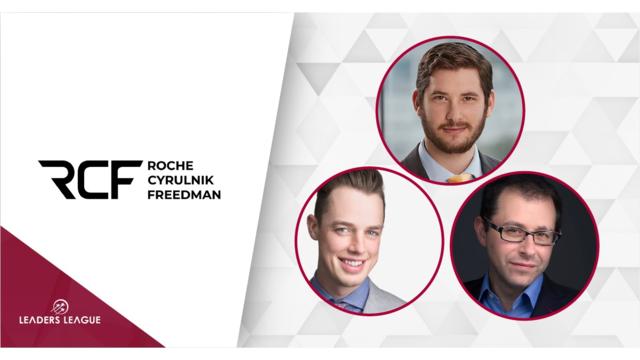 Peeling away from what was itself a firm spun off from Cravath, Swaine & Moore in 1997, 12 lawyers have jumped ship from Boies Schiller Flexner to set up their own shop: Roche Cyrulnik Freedman.

The name partners are the New York-based Kyle Roche and Jason Cyrulnik and the Miami-based Velvel Freedman. They appear to be carving out a particular niche for themselves in cryptocurrency and technology disputes, though as trial lawyers they are handling some diverse work: Freedman is acting for a family seeking to recover an artwork by Camille Pissarro held by a Spanish-owned museum.

Freedman, an ordained rabbi, was counsel at Boies Schiller, where he cut his teeth; he worked at the firm for almost seven years before forming Roche Freedman LLP with Kyle Roche, an endeavor that lasted six months before the formation of the new firm. Roche, even younger than Freedman, had spent his entire four-year legal career at Boies Schiller. The young partners are certainly ambitious: they are acting for investors seeking over $1.4trn in damages in a case involving alleged manipulation of the bitcoin market.

Cyrulnik joining Roche and Freedman should boost the 15-lawyer firm’s credibility: Cyrulnik is the only one of the three to have made partner at Boies Schiller, where he worked since 2004, and has handled matters ranging from securities fraud, contractual disputes and regulatory litigation.

Such splinter groups are hardly rare in the world of litigation; in fact, in the first week of January, three Miami-based Boies Schiller partners with strong track records left to set up Heise Suarez Melville in Coral Gables. But aggressive new boutiques can take a turn for the worse. Pierce Bainbridge Beck Price & Hecht, which began life as a promising if aggressive litigation boutique funded by Pravati Capital, appears to have been in very public meltdown for over half a year. Its aim – to be disruptive enough in its approach to professional lawyering to ultimately overtake the likes of Quinn Emanuel by 2025 – is nowhere near being met, with the firm embroiled in lawsuits while haemorrhaging partners. Any funder that takes a bet on the firm now would be very brave to do so.

Roche Cyrulnik Freedman seems, in many ways, to be cut from the same cloth: its focus on high-stakes (and therefore potentially risky) litigation, its openness to third-party finance and contingency work, its emphasis on entrepreneurial business generation and its recruitment of young non-partner talent echoes Pierce Bainbridge’s modi operandi. It values efficiency, which is always one of the most tempting propositions of any boutique – though eliminating intermediaries and ancillary personnel can lead to overstretch at partner level. Service may be partner-led, but will the partners be able to focus fully on the client without being distracted by other tasks?

One area where Roche Cyrulnik Freedman may distinguish itself is its appetite for “new law” matters – not only cryptocurrency but cannabis. Since the regulatory frameworks for both areas are still being formed, case outcomes are less predictable – but the rewards could be significant. If the firm is fiscally responsible, has an astute eye for contingency cases and finds itself on a winning streak that offsets losses, it could become a serious financial success story, going on to attract more heavyweight talent from elsewhere. But these are big ifs. The alternative is a rapid and potentially high-profile decline.

Leaders League wishes the young firm luck, and will be watching it with interest.