This is the firm’s most high-profile move in the US since its merger talks with O’Melveny & Myers fell through. 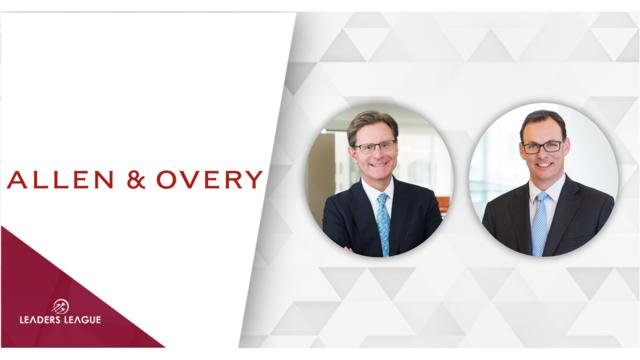 Both alumni of the US Department of Justice (DoJ), the two partners had been at Orrick, Herrington & Sutcliffe since 2014. Jacobson had spent the previous five years at Weatherford International as chief compliance officer and co-general counsel; before that, he had been assistant chief for FCPA (Foreign Corrupt Practices Act) enforcement, putting him in charge of half of all FCPA investigations. Lopez, meanwhile, spent his pre-Orrick years as the first deputy chief of the DoJ’s bank integrity unit, where he gained significant experience working on anti-money laundering cases.

It hasn’t been smooth sailing for Allen & Overy in the US recently: merger talks with O’Melveny & Myers fell through, and the firm lost two respected leveraged finance partners – Alan Rockwell and Michael Chernick – to Shearman & Sterling in October.

The recent hires constitute a further ramping up of Allen & Overy’s capabilities concerning high-stakes work: the firm hired litigator and investigations veteran Julian Moore from K2 Intelligence in New York in September. While enforcement matters are currently likely to be seen as a slightly lower priority amid the coronavirus pandemic, FCPA work has been ratcheting up in recent years. Allen & Overy has in recent months been handling some notable work in this area, such as defending BNP Paribas in criminal and regulatory investigations in the FX markets. No doubt the firm’s activity in corporate crime and investigations will be healthier than ever once the world has returned to normal.