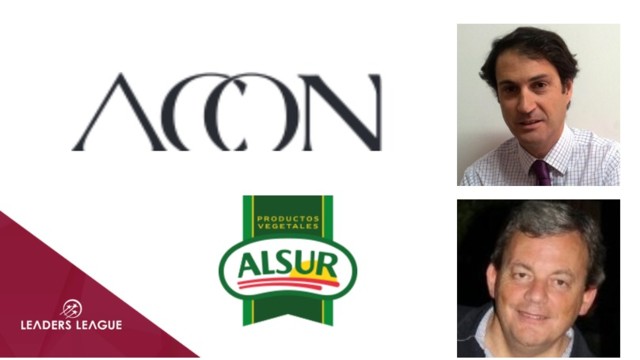 Founded in Spain by the Jimenez Family of Antequera in 1988, the company also has production and processing capabilities in Peru to serve the US market.

The company’s revenues are divided equally between Spain and the US. Its production and packaging facilities are located in Antequera (Spain), Arequipa (Peru) and Cusco (Peru).

The transaction will involve the integration of Alsur’s various subsidiaries, which previously operated independently, into one multinational holding company.

The Jiménez Family, together with Mario Mustafá Aguinaga, the company’s business partner in Peru, will retain a “significant minority stake” in Alsur.

ACON partnered with Quarza Inversiones, a Madrid-based private investment vehicle, on the deal. Greenhill & Co. acted as the buy-side advisor. Hogan Lovells acted as legal counsel to ACON. The shareholders of Alsur were exclusively advised by BBVA as M&A advisor, KPMG and Cuatrecasas, as legal counsel.

Alsur will focus on expanding its geographic footprint within Spain and at the same time continuing to drive sales in the US.

In Spain, the company’s products include baby broad beans, artichokes, asparagus and peppers. In Peru, Alsur is one of the leading exporters of artichokes.

The company will be led by CEO Jorge Mañas Avisbal who joined the company as a result of ACON's acquisition.

Prior to joining Alsur, Mañas spent 15 years as the commercial director of the Ángel Camacho Group, one of Spain’s largest exporters of canned olives and fruit jams (La Vieja Fábrica).

Marcos Semmler, managing partner of ACON Southern Europe, commented: “We are looking forward to working closely with Jorge Mañas, Mario Mustafá and the Jiménez Family to further expand Alsur’s value proposition of high-quality, innovative and easy-to-serve vegetable products for consumption in households across Europe and the United States, which are increasingly focused on healthy living.”

Mañas added: “Mr José Jiménez and his family have built a legacy on very solid foundations that include the sourcing of premium high-quality products, a strong brand and long-standing relationships with loyal customers; all of which we intend to expand and enhance.”

Consistent with ACON’s strategy of investing in medium-sized businesses in the United States, Latin America and Europe, this will be the fourth investment led by the firm’s team in Madrid, which has deployed more than €140 million since 2018. Other ACON portfolio companies in Spain include Contenur, a manufacturer of large format containers for the waste management industry, and Germaine de Capuccini, a leading cosmetics brand that exports to 80 countries.