A strong year for Mayer Brown

The Chicago firm once again enjoyed rising revenues and profits. 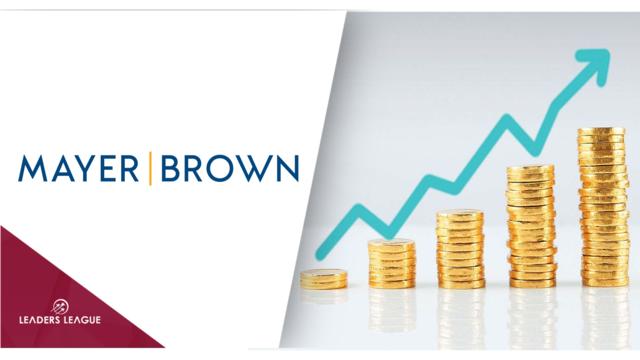 In another strong year for Chicago-based powerhouse Mayer Brown, revenue and PEP were both up by over 6.5%, reaching $1.48 billion and $1.8 million respectively.

This is thanks in large part to a rise in client demand: the firm logged 5.1% more client-chargeable hours last year than the year before, far greater than the industry-wide average increase of less than 1.5% (according to studies by Citi Private Bank and Wells Fargo Private Bank).

This will no doubt help the firm meet its strategic geographic goals, namely to expand its presence in New York and California, such that an even larger percentage – around 60% – of its global lawyers are US-based.

Mayer Brown’s European offices also performed strongly, with the firm's outposts in London, Paris, Brussels, Frankfurt and Dusseldorf seeing a collective 5.3% rise in revenue and a 6.7% increase in demand – thanks in part, perhaps, to a headcount increased by 5.8%.

10% of the firm’s lateral hires last year globally were for its worldwide restructuring and bankruptcy department, though according to chairman Paul Theiss, this was in an attempt to meet client demand rather than to brace for a coming economic downturn. “High-end restructuring practitioners are busy whether there’s a recession or not,” said Theiss.