Leaders League has identified 10 women leaders in corporate finance. Through the great leadership demonstrated in their words and deeds, they constantly inspire women all over the world to feel empowered to join the finance industry. 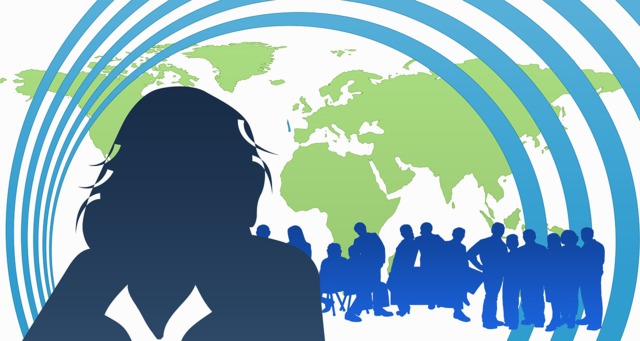 Considered by Forbes as the 10th most powerful woman in the world, IBM’s CEO is one of the rare women leading an international company, and one that she knows really well, having passed almost all of her career there. Sometimes considered a real geek, Rometty has also significantly effected major HR situations, as in 2002 when IBM bought the advisory branch of PWC as the hierarchical structure of the IT giant was facing the independent state of mind of consultants. However, she succeeds in retaining most talent. Rometty is now leading a Titan composed of more than 400,000. She truly believes in IBM’s development. Yet in an era of cloud computing will her IT giant root itself with feet of clay? This is indeed a challenge for Rometty.

Greece is rebelling against the Troika, Ukraine wants to enhance its loan by $17 billion, and to fight Ebola, Lagarde appropriated $100 million to the states hit by the epidemic. While she is starting the final stretch of her mandate, the managing director will have many bridges to cross before the summer of 2016. For some observers, it is enough to consider the French presidential elections of 2017. Very popular both in France and globally, Lagarde has been rated in Forbes’ list of the most powerful women in the world for years, ranking 5 times in a row in the top 10. Having started her stellar career with Baker & McKenzie and also been eyed by a former French prime minister to work as secretary of state for external trade in 2005, politics, finance, law... any one of these domains may be her future calling!

To whom should be assigned the task of reviving Yahoo? Look no further than Jacqueline Reses. With a dedication to making sure women feel empowered to join the finance industry, Reses is a passionate and innovative leader with 20 years of experience in building companies. Prior to joining Yahoo in 2012, she led Apax Partners, one of the largest global private equity firms. There she focused on investing in media and education. The Chief Development Officer also served as CEO of iBuilding Inc., a real estate software business, and spent seven years at Goldman Sachs in mergers and acquisitions and the principal investment area while likewise guiding the firm’s recruiting and mentoring efforts for women.

? Her investment strategy: “We execute a focused growth strategy and invest in new initiatives.”

Wu first served as the CFO of Alibaba.com. During her term of office, she led the institution of the company’s financial systems, promoted its IPO in Hong Kong in 2007, and then co-led its privatization in 2012. Wu was promoted to the deputy CFO of the Group in 2011, and then CFO two years later to oversee Alibaba’s complex financial structure, a veritable maze of interlacing businesses. During the Group’s IPO road show in the US in 2014, she co-headed a team of bankers and investors to meet potential investors, fielded their tough questions and broke down the Group’s business model and growth strategy. Her efforts paid off: Alibaba finally raised $25 billion, to reach the largest IPO in the world.

? Represented Novartis on $100 billion of transactions

Trust and clarity, this is the backbone strategy that Ms. Sullivan uses to communicate with market shareholders about the potential created value of an M&A deal, because as she puts it “complexity is often hiding things.” As the Global Head of M&A Execution for Novartis, she has represented the company on $100 billion of transactions including but not limited to the $1.5 billion acquisition of the private equity-backed U.S. generics company, Fougera. Prior to her time with Novartis, Ms. Sullivan was particularly involved in capital markets and M&A with Allen & Overy in London until 2009 when she joined Novartis. She received her law degree from the University of Virginia and attended the London School of Economics.

? She was named CFO in 2013 after the so called “London whale” debacle ? Considered a rising star, Marianne Lake could be Jamie Dimon’s successor

At JPMorgan for 16 years, before her promotion to chief financial officer Marienne Lake was working in the corporate, investment and retail branches of the bank. In 2008, as controller of the investment bank, she helped with due diligence on the purchase of investment bank Bear Stearns. The ascent of Marianne Lake, who received a degree in Physics from UK’s Reading University, seems to be evident. JPMorgan’s CEO Jamie Dimon has shown a lot of confidence in this English woman to run the finances of the largest US bank. He recently said: “She has accumulated an impressive and breadth of knowledge and experience, fit for her critically important role”. Marianne Lake is a single mother of a 3-year old son.

CEO, HEALTHCARE and Member of the Executive Board, MERCK GROUP

Belén Garijo is a medical doctor specialized in clinical pharmacology. She worked as a practicing physician for six years before moving to the pharmaceutical industry. Prior to joining Merck she was member of the management committee of Sanofi-Aventis, where she assumed an additional role as global integration leader for the Genzyme acquisition.

Member of the Management Board, PUBLICIS

Anne-Gabrielle Heilbronner is used to facing storms. This French woman has had a very diversified career: former Inspector-General of Finance, former managing director at Société Générale and foreign affairs advisor. On the board of Publicis today, she was one of the rare people who knew about the merger project with Omnicom.

Rebecca Lynn focuses on early-stage venture investments in financial services, digital health and mobile. She led an early-stage investment in Lending Club which was the largest US technology IPO of 2014. She is a member of the US Patent Bar with a particular focus on intellectual property litigation and corporate law.

With more than 18 years of experience at varied technology companies, Cochran is not your typical CFO. A classically trained vocalist who was names CFO of the year in 2013, her main focus for King Digital Entertainment will be in diversifying its portfolio of games and growing from its Candy Crush Saga success.

Other articles of the same issue:?

Dame Steve (Stephanie) Shirley: the tech entrepreneur who has proved her life was worth saving

Sheryl Sandberg (COO, Facebook): Why we have too few women leaders (TED Video)