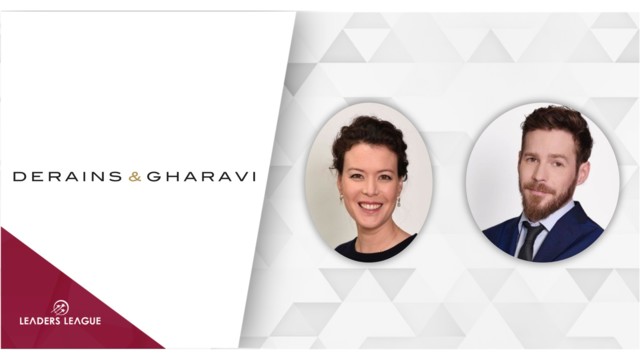 Known for its tendency to promote from within, Derains & Gharavi now has two new partners who learnt their trade at the firm.

According to founding partner Hamid Gharavi, von Dewall and Foy are “home-grown arbitration specialists” who have “played an important role in the successful representation of our clients over the past decade” adding “they figure among the best lawyers of their generation and I have no doubt they will do big things in the future.”

The duo, who learnt of their promotions prior to the holidays, stated they were “honored” to have become partners at a firm they call home.

Von Dewall, who is Dutch and qualified in Paris and Amsterdam, joined Derains & Gharavi as an associate in 2012 after seven years at Freshfields Bruckhaus Deringer. There, she started out practising corporate law before switching to dispute resolution and worked in the New York, London and Amsterdam offices. She was appointed counsel at Derains & Gharavi in 2017.

Foy, who is French and Irish, joined Derains & Gharavi as an intern and has worked as an associate at the firm since 2013. He distinguished himself in a politically sensitive UNCITRAL arbitration brought by two Iranian banks, Banks Melli and Saderat, against Bahrain. He studied in the UK and France and is a member of the Paris Bar association.