Up nine places in our 2021 ranking of the best tech execs in the world, Lisa Su is in charge of a company whose turnover has increased by over 50% in the past three years. 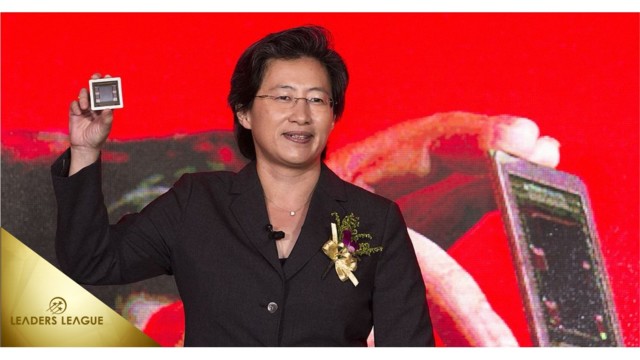 In 2014, when Lisa Su became CEO of the American semi-conductor, microprocessor and graphics card manufacturer, AMD, it's safe to say that the company was at a low ebb. It’s share price had bottomed out at around two $2 and bankruptcy rumors were rife. Fast-forward half a decade and AMD was the top-performing company on the S&P 500.

It's clear she has left her mark.

Impressive track record
Before joining AMD in 2012, Taiwan-born Su was responsible for global strategy, marketing and engineering at Freescale Semiconductor. And prior to that she spent a dozen years at IBM, occupying a number of executive positions in charge of the engineering and sales divisions.

She has a masters and a doctorate in computer engineering from MIT and has published more than 40 technical articles in prominent industry publications.

“AMD is at our best when we are taking bold, calculated risks and aggressively pursuing the leading-edge technologies that change the world.” This is the quote used by Su to accompany her bio on the company website of Advanced Micro Devices, a company whose fortunes she has steered since 2014 and whose roles over the years sales, infrastructure and global operations.

Games workshop
One of those bold risks was betting on high performance computing architecture, including powerful computer processors and graphics chips for the PC and console gaming  AMD was building fast and powerful chips, at a competitive price.

In 2014, AMD's share price bottomed out at around two $2 and bankruptcy rumors were rife

The popularity of gaming during the pandemic when people were lacking other things to do, meant that demand for AMD products has risen steadily over the pas couple of years.

Founded in 1969 as a Silicon Valley start-up, the AMD journey began with dozens of employees focused on leading-edge semiconductor products. From those modest beginnings, AMD has grown into a global company achieving many important industry firsts along the way. AMD today develops high-performance computing and visualization products to solve some of the world’s toughest and most interesting challenges.