With the Digital Services Act, The European Union shines a light on lawlessness online

The European Commission has reached a provisional agreement on the terms of the Digital Services Act. A significant milestone in the history of regulating activity on the internet, the act promises to be a valuable tool in fighting abuse and misinformation online. 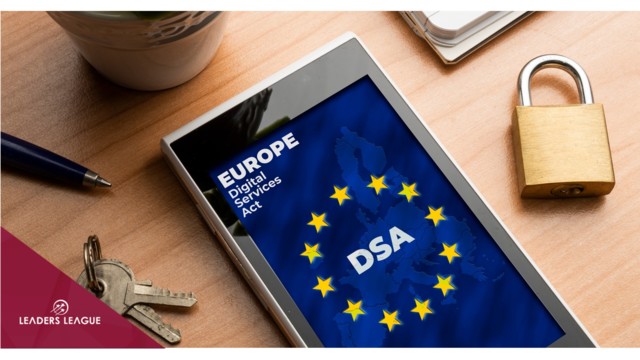 One month after the conclusion of negotiations on the Digital Markets Act (DMA), the European Union has reached an agreement on the Digital Services Act (DSA). But while the former seeks to level the playing field by placing restrictions on the largest tech platforms, the latter is designed to stop the spread of illegal content and products on the web.

The new regulations covered by the act are applicable to all those offering intermediary services online, including platforms such as social networks and online marketplaces, as well as providers of cloud services and internet access providers.

Furthermore, there will be additional constraints placed on those companies designated VLOPS, or very large online platforms, that is to say platforms with over 45 million monthly users. In this bracket we find the GAFA of course, but also TikTok and online fashion retailers such as Zalando.

These companies will have extra obligations to fulfill, including having to clearly describe how their recommendation systems work and allow users to modify these systems' parameters, in addition to proposing at least one option not based on profiling.

While the DSA encourages proactive moderation of the content hosted on Big Tech platforms, it stops short of making platforms liable for failing to remove illegal content

Companies will be obliged to trace content that on their platforms promotes hatred, terrorism or child-pornography, and content targeting victims of cyber violence must be taken down immediately. The aim is to ensure that everything that is illegal in the real world, is also illegal online.

Once ratified by EU member states and the European Parliament in the coming months, the DSA will apply across the bloc, and to those companies from outside the EU that have been operating there for more than 15 months.

Regulating Transparency
Eagerly awaited, this piece of legislation seeks to respond, in a proportional manner, to the challenges posed by 21st century methods of consumption and communication. Online marketplaces will, among other things, have to provide more information on the products and services they offer customers, and be in a position to identify illicit users and products on their platforms, via spot checks.

While the DSA encourages proactive moderation of the content hosted on Big Tech platforms, it stops short of making platforms liable for failing to remove illegal content. Nevertheless, it does set a benchmark for what is and isn’t acceptable behavior, and under the DSA, companies can be fined up to 6% of their annual turnover if found to be in contravention of the act during an annual audit, to be carried out by an independent body under the auspices of the European Commission.

This unprecedented piece of legislation marks a significant step in the European Union’s attempt to provide more protection for its citizens when they go online. How Big Tech companies respond to it remains to be seen.