When he took over as CEO of Philips a decade ago, Frans van Houten made the far-sighted decision to get out of the audio-visual game and get into bed with medtech instead. 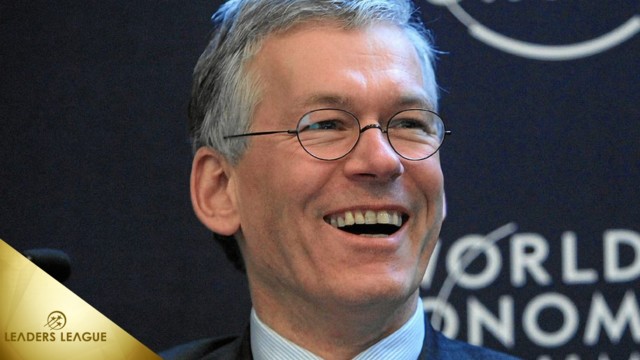 At first a head-scratcher, looking back over the past decade van Houten’s strategic pivot is now revealed in all its glory – and reflected in the balance sheet of the Eindhoven electronics giant.

If you grew up in the 1980s and were a football fan, you would have heard of the exploits of Philips Sport Vereniging (better known as PSV Eindhoven), winners of the 1988 European Cup. Perhaps you would have watched that match on a Philips-made television or listen to Ronald Koeman and co. on a Philips am-fm radio. The company even released a video game console, the CD-I, in the early 90s.

Dutch courage
Yet by the 2010s, the glory days of Philips as a home entertainment company, much like Dutch club football, were long gone. Something had to be done. In 2013, the man who succeeded Gerald Kliesterlee as CEO in 2011 took the bull by the horns and sold off the remainder of Philips’ home entertainment interests to Japanese company Funai for $201 million.

In parallel, van Houten embarked on a series of strategic acquisitions in the medical equipment sector, and Philips has reaped the rewards of his abundance of vision ever since.

Last year Philips ranked as the most innovative medtech company in the world in the Boston Consulting Group’s worldwide Innovation survey.

Reacting to his company’s Q1 2021 earnings, which jumped 74% to €362 million, van Houten stated, “revenue growth has been driven by the resumption of elective procedures in hospitals, a strong diagnosis and treatment performance, consumers really liking our innovations and connected care equipment such as ventilators, and monitors selling well.”

Looking to the future, the 61-year-old aims to keep his company innovating in order to improve the lives of 2.5 billion people each year up to 2030. And Philips has not forgotten the planet in the process, as it was one of the first medtech companies to become carbon neutral.