Since taking the helm at Nasdaq in 2017, Adena Friedman has been diversifying its activities. She is banking on data and new technologies complementing the traditional stock-market businesses. A portrait of a highly influential woman in the tech world. 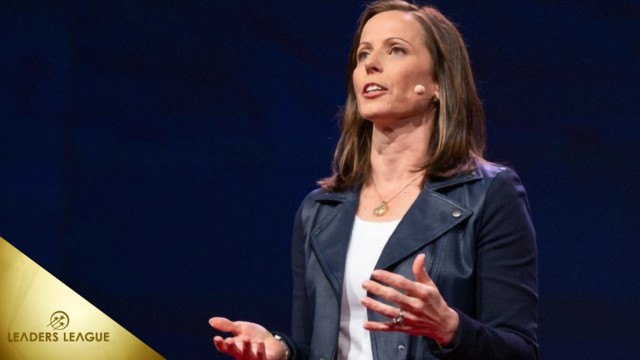 The arrival of Adena Friedman as head of Nasdaq in 2017 marked the beginning of a new era. As the first woman to ever take the helm of a major US stock exchange, she joined other names to have successfully broken the glass ceiling in the sector, such as Nicky Newton-King, who was at the top of the Johannesburg Stock Exchange's pecking order, or Chitra Ramkrishna who headed the National Stock Exchange in India for a time. Adena Friedman brings a new impetus to a platform known for hosting tech darlings such as Facebook or Alphabet (Google).

Nasdaq to Carlyle… and back
Considered by Forbes to be one of the most powerful women in the world, Friedman began her career at Nasdaq, where she interned after studying political science at Williams College (She also holds an MBA from Vanderbilt University). She ascended the ranks at the Times' Square institution all the way to CFO... before moving on.

In 2011, she left Nasdaq to join the investment firm Carlyle Group as CFO, before being named CEO of the financial services company. In 2017 the Baltimore native returned to her former home as COO before landing the CEO job.

Make way for data
Adena Friedman no longer believes in what has been, in part, the driving force behind the growth of the world's stock exchanges for years: consolidation. According to her, most of the mergers that made sense have already taken place and regulatory constraints are not likely to facilitate further ones. Luckily the CEO has another horse in the race.

During her first two years in office, Friedman put more than $1 billion on the table to protect Nasdaq from declining trading commissions and volatile IPO revenues, after she saw tech company IPOs like those of Uber and Pinterest go to the competition.

Friedman is diversifying her group, notably through acquisitions in the data sector. She has bought eVestment and Quandl, as well as Cinnober and Sybenetix. The case of Quandl, an alternative-data platform, is typical of the change of gear undertaken by the mother-of-two. The firm offers sources of data other than the usual ones, which have traditionally included financial statements or press releases, to analyze a stock or a market. What are these new sources? Satellite images, social networks and even air traffic - in the quest for the most accurate stock predictions, no stone is left unturned.

The 52-year-old is an advocate of "inclusive capitalism" and regularly speaks out on the subject. The daughter of a businessman father and lawyer mother, she wrote a column for The Economist's - The World in 2020 annual entitled, "Ideas for modernizing capitalism". In it, she predicted that "the battle for the soul of the global economy is about to heat up".

In the meantime, it's the Nasdaq's results that are doing just that. Between 2018 and 2020, the group's revenue grew nearly 32 percent to $5.6 billion. All the more reason to support the strategy of a woman who is bringing a new lease of life to the 50-year-old exchange.