When it comes to climate change and the legal community, there are those who wish to assemble their colleagues to increase awareness, those who want to provide the means for others to act and those who want to initiate litigation to establish legal precedents. If the methods differ, one thing they all agree on is the need to take action. 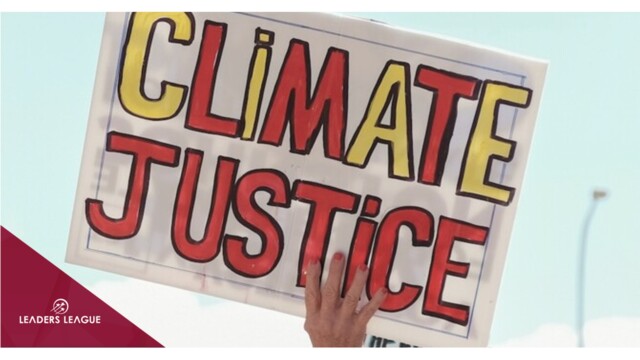 All across the world, lawyers are mobilizing to fight for the planet, from Lawyers for Net Zero, to World Lawyers’ Pledge on Climate Action they are trying to shake their industry into taking urgent action to limit climate change and protect the environment.

In the “affair of the century” climate case against the French government, they were decisive, for residents of the Grande-Synthe migrant camp on the French side of the English Channel, they took up the banner, in the ruling against Shell in the Netherlands, they struck the decisive blow… everywhere you look attorneys are on the offensive.

Canada and Australia have their respective Lawyers for Climate Justice, New Zealand has its Lawyers for Climate Action. France has the pair of Notre affair à tous [All our responsibility] and Intérêt à agir [In our interests to act] and the UK is home to Lawyers for Net Zero. Clearly, there is a groundswell of support in the legal community for climate-justice initiatives.

The founder of Intérêt à agir, Eléonore Delatouche, was a legal intern at the French court of appeal in Paris during the Erika oil-spill case in 2007. She was struck by one thing above all: the big industrial groups and environmental protection organizations do battle with vastly different legal firepower.

The planet needs a crack legal team
The years pass, but the desire to redress this, and other imbalances in society, remains strong within Delatouche. Her organization champions causes such as human rights, responsible economic activity and digital freedom.

According to Intérêt à agir’s president, Didier Supplisson, the objective of the organization is “to make a range of legal experts – lawyers, former magistrates, professors etc. – capable of levelling the legal playing field available to NGOs and citizens for the purposes of defending public goods.”

The thirty-odd members of the organization provide their advice free of charge. Thanks to them, NGOs have the legal muscle to take governments and multinationals all the way to the high court, if that is what's required.

The altruistic lawyers, for their part, get to soothe their climate anxiety. “By taking action, we get to feel like we’re making a difference,” confesses Supplisson.

On the other side of the English Channel, Lawyers for Net Zero has been making waves since it was established in 2021. In the beginning, the legal world was terra incognita to its founder, Adam Woodhall, but he soon came to a realization. “A lawyer provides advice only when requested to do so, but general counsel advise senior management on a daily basis, in companies that have the power to effect change. At Lawyers for Net Zero, we focus exclusively on In-house counsel, because of their central role in their organizations,” states the University of Newcastle graduate.

Through its impact programme, Lawyers for Net Zero supports in-house counsel in their efforts to encourage their companies and staff to take meaningful action to bring about a carbon neutral future. “The core purpose of the programme,” according to Woodhall, “is neither to provide advice, nor training, but to join forces with in-house counsel to help them champion the cause of net zero internally and practically support rapid action.”

And Woodhall looks to be on to something. Initially the organization had no connections in the legal world, but after a couple of successful pilot schemes involving 20 in-house counsel, the first official impact programme had around 50 participants, from the likes of Nestle, E.ON and Rolls Royce, and at present 100 in-house lawyers are on the waiting list for the next session.

Making sacrifices for Mother Nature
Last year saw the arrival of the World Lawyers’ Pledge on Climate Action, which has already received more than 700 signatories ─ by individual lawyers, or representatives of companies and institutions. The campaign has two objectives: to create greater awareness in the legal community about the climate emergency, and to provide inspiration and practical support to lawyers that want to act but don’t know how to start,” states Tom Sparks, who helped draft the pledge.

Utilizing various IPCC reports, the pledge suggests different courses of action depending on the signatory’s sector of activity. In contrast to Lawyers for Net Zero, the pledge has cast its net wide, seeking to attract everyone from experienced jurists who may not be au fait with measures to combat climate change, to the current generation of law students, many of whom are passionate about this subject, “and have the right to be educated on how they can be part of the solution,” insists Sparks.

For those in the legal industry who still choose to turn a blind eye to the climate emergency, societal pressure may make them rethink their position

The French organization regularly runs legal clinics at several universities, centered around real-life environmental law-suits which, “allows students interested in this area of law to champion climate-causes and incorporate these topics into their legal studies.”

At Lawyers for Net Zero, the ambition is to create the impetus to act. It helps general counsel and their teams “quantify risks and formulate ESG policies for their companies. And they have every interest in following them, states Supplisson. He should know, having been head of legal at a company himself, in a former life. The reputational and jurisprudential risks facing companies in today’s world are many.

Is the message getting through to professionals in law firms? Time will tell. When it comes to pro-bono work for environmental causes, many cling to the conflict-of-interest excuse, while for others it comes down to money. “Whether they choose to work pro-bono, or are paid for their services, for lawyers working with NGOs, remuneration is of secondary importance. In any case, if one is to be a militant, sacrifices have to be made,” stresses Supplisson.

For those in the legal industry who still choose to turn a blind eye to the climate emergency, societal pressure may make them rethink their position. “Defending the interests of multinationals in the energy or industrial sector is certainly an exciting job, but maybe, one the public will take an increasingly dim view of,” he added.

Creative freedom
At the end of the day it is the law itself that Intérêt à agir is hoping to change. And it aims to do so by initiating strategic litigation, which have the best chance of creating lasting jurisprudence that favors the environment. And although Intérêt à agir doesn’t intervene directly on behalf of NGOs, it does perform a vital role, according to its president. “We do the groundwork, investigating whether its worth taking a case by assessing its chances of success, preparing new arguments with a view to testing new means.”

The good news, if we can call it that, is there is no shortage of ideas when it comes to climate justice and environmental litigation. Sebastien Mabile, a lawyer and member of Intérêt à agir has just begun a case against Bayer and Monsanto, seeking damages for the extinction of four species of birds linked to the use of these firms’ pesticides. The organization has also formed a think-tank to come up with policy and avenues of transformation.

To Supplisson’s mind, “the climate-justice movement is allowing us to make changes that are more structural than the legislative path, which is slower and often leads to watered-down or non-binding judgements.”

“While working within the limits of the law,” adds Sparks “climate justice cases give judges more reasons to rule in favor of the climate and the environment.”

The way forward has been shown, it’s now up to lawyers of all ilks to exploit the creative freedom the law now provides.