With more than 80 million tourists per year, France is the most visited country in the world. Beyond its diverse natural landscapes, people from all over the world come to see its rich variety of historical monuments and buildings. Maintaining these edifaces in good condition doesn’t come cheap, however. 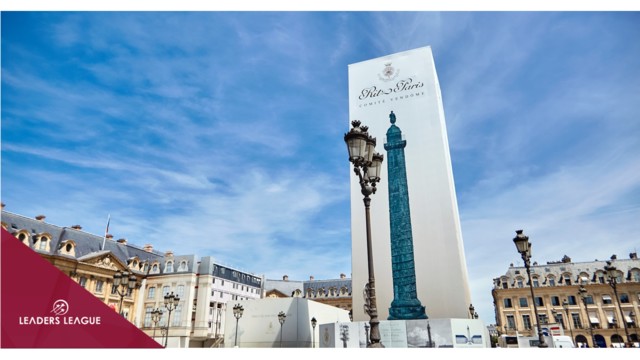 France has an abundant heritage of 45,000 monuments, buildings and sites, ranging from Roman ruins, such as the arena in Nimes, gothic cathedrals like Notre Dame and more modern marvels of construction such as La Rochelle train station and the Eiffel tower.

The difficulties encountered by the state in paying for their upkeep has spurred the authorities on to find numerous ways of making money from them. This is nothing new; the aforementioned arena hosted a concert by rock band Depeche Mode in 1986 and companies have paid millions to plaster their name and products on signage masking maintenance work taking place on famous Paris buildings such as the Louvre museum and the Madeleine chapel.

Some may find the above activities crass, but the reality is the state cannot foot the bill for the maintenance of these monuments through public funds alone. And with Paris expected to look its best for the Olympic Games in less than two years, the need to find creative ways to pay for conservation works is more pressing than ever.

The problem extends well beyond the capital, and if anything, historical sites in the regions have a tougher task securing the funding they need. The national lottery provides some of the funds necessary, as do donations from the general public on the Fondation du Patrimoine website.

Certain sites, such as Roubaix’s art deco municipal swimming pool, have taken matters into their own hands, giving users the option to pay more for their entry ticket. Meanwhile, websites such as Dartagnans crowdfund individual monuments, in order to reach their financing targets.

Money doesn’t grow on trees
The sheer amount of preservation and restoration work that needs to be done in France has compelled the country’s centre for national monuments, the CMN, to think up innovative financing solutions. France’s former naval headquarters, on Place de la Concorde in Paris, is a case in point. 80% of the cost of the €130 million renovation budget was raised by renting out 6,700 of square footage designated low-public-interest, through grants and signing ad-space deals, the latter accruing €8 million alone.

And while the historic building used to only be open to the public during national heritage celebrations, a section of it has now been turned into a museum, and currently houses a long-term exhibit featuring pieces on loan from the private collect of Sheikh Al-Thani.

This new way of operating, which more intensely integrates public and private funding, looks to be the way forward, given the favorable reception it received from the head of the CMN, Philippe Bélaval.

New lease of life
Paris’ famous Hanger Y has known many lives. Part of the universal exposition of 1878, the building was successively the world’s first airship factory, an aerospace museum and the workshop where Marc Chagall assembled the roof of the Paris Opera House.

The current restoration project, undertaken by Vinci, comes with a novel long-term-lease option, which allows the authorities to hand over usage to a private company. Aside from generating revenue, this model has the added advantage of reducing timeframes for projects that would otherwise have to go through the public procurement process, although the rules and constraints on using a building of historical importance remain.

The central question concerning the function of historic buildings is more one of usefulness, than of use. In order to breathe new life into historic sites, a successful economic and cultural partnership needs to be struck up.

The pandemic highlighted just how much the French economy depends on tourism revenue. The CMN estimates that visits to French historical sites went from 10 million in 2019 to 4 million in 2021 – to say nothing of the summer of 2020.

The organization intends to transform many more French historical sites, whose hallowed halls could be used for activities such as co-working, cookery courses or pedagogical exhibitions. Candidates include Angers Castle and the Mont Dauphin fortress.

While the size and scope of the private sector’s involvement in France’s national heritage sites needs to be discussed and a detailed legal framework established, the end result could see many receive a new lease of life in the coming years – and add revenue vital to preserving France’s rich architectural heritage for generations to come.