Find out what's been happening in Latin America with our latest news update. 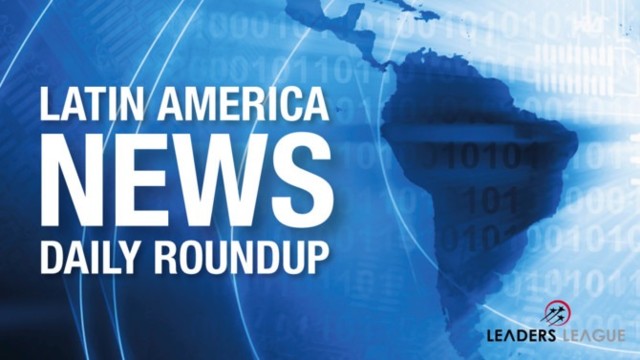 Brazil’s daily death toll from Covid-19 hit an all-time high on May 6th, with 615 fatalities. The country now ranks sixth in the world in the number of deaths from the virus, with 8,536 deaths, according to Johns Hopkins University. Comparisons are difficult, however, given the lower number of tests in the country compared with others. Health Minister Nelson Teich was quoted by local media as saying that the number of deaths is not falling. “We see that we are not entering a falling trend,” he said. Brazil’s neighbors Argentina and Paraguay have expressed concern at the rising number of deaths across the border, with the death toll and number of cases significantly lower in both those countries.

Venezuelan President Nicolás Maduro has shown media a contract purported to be a contract signed by opposition leader Juan Guaidó and Miami-based private security contractor Silvercorp that sets out to a plan to kidnap the Venezuelan president. On of Guaidó’s advisor, Juan Rendon, whose signature also appears on the document, told CNN that he signed an “exploratory agreement” with Silvercorp but that it was never completed. One of the US former military servicemen who was involved in the incursion on May 3rd, when armed men entered Venezuela by speedboat but were intercepted by the Venezuelan military, Luke Denman, told local media outlet Telesur that the plan had been to capture Maduro and take him to the US. The US government has denied any involvement in the plan.

The Argentine city of Mar de Plata has announced a pilot plan to reopen small retail outlets and restaurants offering takeaway service for 48 hours over the coming weekend, although shopping malls will remain closed. Located in Buenos Aires Province, Mar de Plata is the country’s seventh-largest city with a population of around 700,000, and has recorded two deaths from Covid-19 and 17 confirmed cases. The head of the municipality of General Pueyrredón, of which the city is part, Guillermo Montenegro, said he was calling on citizens to be responsible during this first phase of reopening, but that “the quarantine continues”.

Chile is expecting to see a copper glut in 2020, of between 200,000 and 300,000 tons as a result of the Covid-19 pandemic, and which will have an impact on prices amid weak global demand for the metal. The country is the world’s largest copper producer. The CEO of mining company Antofagasta, Iván Arriagada, told local media that the company is also expecting to intermittently halt production during the year to offset the depressed demand. Antofagasta has already cut back its spending plans for the year and other copper producers have also considered cutting production, according to local media.

Peru’s Congress has accepted the resignation of Vice President Mercedes Araoz, who had tended her resignation in October after being named acting president by Congress following President Martín Vizcarra’s dissolution of the legislature, a decision that Araoz had opposed. Araoz had acted as prime minister for six months between 2017-18 in the government of then President Pedro Pablo Kuczynski, who resigned in March 2018 amid a corruption scandal, and was replaced by Vizcarra. The vice presidency position now remains vacant.