In an aim to become a top-tier law firm across France, KPMG Avocats, a member of KPMG France group, has expanded its reach with the creation of several new departments at a number of regional offices. 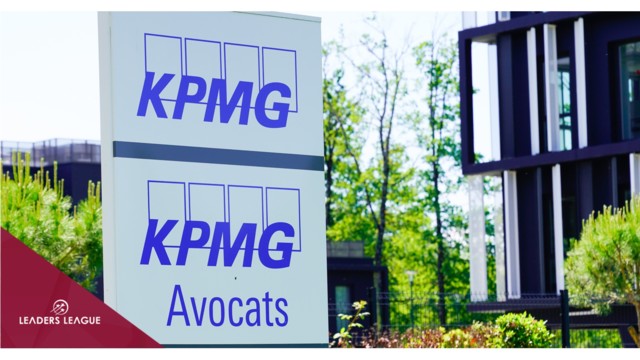 Three years after it was set up, KPMG Avocats continues to grow. The firm, which has 22 offices in the country, specializes in business, labor and tax law. “The unwavering support given to KPMG Avocats since it was established underlines the commitment to our strategy and business model for the firm,” stated the president of KPMG Avocats, Mustapha Oussedrat.

New activites and new branch-managers
KPMG Avocats offices in Rennes, Lyon and Angers have seen the scope of their activities increase with the creation of new departments. Rennes gets a tax team dedicated to transactions, day-to-day fiscal management of companies, auditing and tax litigation, in addition to wealth management aspects for directors and entrepreneurs. The team is led by senior tax manager Olivier Robin.

The Lyon office adds a labor law practice, following the absorption of Vandevelde Avocats & Associés. Murielle Vandevelde and her team bring coveted agriculture sector expertise, and have particular knowledge of agri-food production. This practice enriches the offer of KPMG Avocats Lyon, already sought out for its tax law capabilities.

With the arrival of tax law expert Paul Guérin, KPMG Avocats Angers now boasts its own tax practice. Guérin began his career at Guyard-Nasri prior to joining KPMG Avocats in 2021. He has a master’s degree in international business law, commerce and tax law from the University of Nantes.

The honorary Japanese consul to Toulouse since 2012, Frédéric Reynes joined KPMG Avocats after four years as a partner at Lafayette. Marie Caruana joined KPMG Nantes after serving as general counsel at Scop (an organization of employee-run companies) and a stint as a partner at Ruby Sonet, since renamed (Ruby-Caruana).