"It is not that an impact from the pandemic was not felt, but the change in numbers show how important IP is for businesses."

The COO of RCF – Protecting Innovation discusses how the Unified Patent Court will affect Portugal and how he wants to work more closely with Portugal’s IP authority. 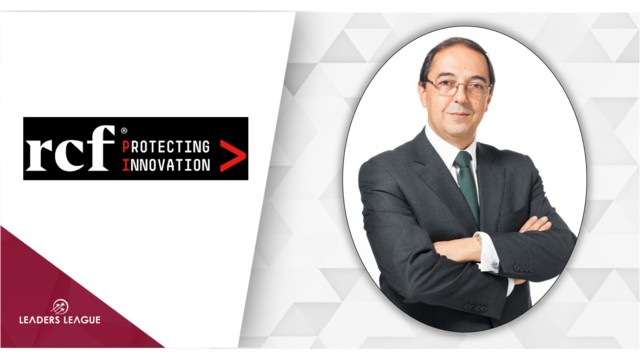 Leaders League: As the secretary general of the ACPI (Portuguese Association of IP Consultants), what are your objectives?

João Jorge: The ACPI aims to safeguard the professional rights and interests of its members and to contribute to the study and improvement of IP law. One of the main focuses of our work is create awareness among companies and political players of the importance of IP professionals and help them understand IP as a fundamental element for securing business assets. Another significant objective is to start a discussion on the regulation of the IP profession. The profession has been recognized for many years, but there is no legal framework regulating it. It is our goal to be a true partner of Portugal’s national IP authority (INPI). The ACPI actively collaborates when called upon to provide its views. We recently contributed to the draft of Portugal’s new IP code. However, the INPI is silent when other national or regional offices direct applicants to seek advice from a professional representative for complex and important IP issues. Although very active in providing workshops, seminars and other educational sessions to raise awareness of IP, the INPI never conducts these activities with professional representatives. Professional representatives are rarely invited to participate in any of its activities.

How will Portugal be affected if the Unified Patent Court (UPC) comes into force?

The system has advantages and drawbacks for Portugal and Portuguese companies.

For big users of the [patent] system, the UPC will reduce litigation expenses. [These users] are used to litigating in many countries and are aware of the costs in countries like the UK, France and Germany. There is also the question of putting all their eggs in one basket, but this will probably be addressed by patent owners on a case-by-case basis.

In Portugal, however, there are very few big users. In 2020, official European Patent Office (EPO) data for patents granted per country of residence of the first named applicant shows that, out of a total of 133,715, 119 originated from Portugal. This is less than 0.09% of all  patents. In 2020, of those 133,715, only 5,385 (4%) were validated in Portugal and have entered into force. In the future, there will be around 1.3 million patents in force (with an average duration of 10 years) instead of the 54,000 that are now being validated and entering into force in Portugal for the same average duration. This will reflect a 24-fold increase in patents enforceable in Portugal. A huge increase in litigation is to be expected.

It is not wrong to think that Portuguese entities are passive users of the patent system and will not experience the advantages. However, they will feel the impact as non-users and as potential infringers. SMEs account for 99.9% of Portuguese enterprises. Today, these companies would only have to litigate in Portuguese courts. The biggest export partner for Portuguese companies is Spain, and Spain is not in the UPC. The cost of enforcement of (or defense against) a patent in Portugal or Spain is not at all comparable to the cost of litigating in the UPC.

We must wait and see, but meanwhile we must raise awareness among our entrepreneurs to allow them to be financially and psychologically prepared for the costs of litigation when the UPC becomes a reality.

Have you seen major changes in IP due to Covid-19? What is the outlook as we move into year two of the pandemic?

Litigation at the National Office (opposition, cancelation and invalidity actions) has not changed. However, we have seen a reduction of litigation in the courts. Many cases were settled though negotiation, with or without the active involvement of outside counsel. In our opinion, these numbers will not return to pre-pandemic levels: this new mindset has achieved satisfactory results, with a significant cost reduction.

Portuguese entities are passive users of the patent system; they will not feel the UPC’s advantages as much as big players will

You helped design the new IP Code, brought in in 2018. What were the shortcomings of Portuguese IP law, and how have they been improved?

With regard to patents, the Code removed the prohibition against double protection – that is, an invention protected simultaneously by a national patent and by a European patent in force in Portugal.

The possibility of adding new technical matter to patent applications was also eliminated, harmonizing this practice with the vast majority of international jurisdictions and, in particular, with the EPO. Regarding the rights granted by a patent, there is now an express reference to indirect infringement.

The limitations on the utility model (UM) have also been extended, such that it is no longer possible to obtain a UM for inventions whose commercial exploitation would be contrary to law, public order, public health, or good practices regarding inventions involving biological material, chemical/pharmaceutical compositions or substances, chemical/pharmaceutical processes, foodstuffs or foodstuff-related processes.

The deadline for requesting the annulment of IP rights has been reduced from 10 to 5 years, counting from the date of the decision granting those rights.

When a trademark registered for more than five years is alleged to be an obstacle in an opposition procedure, the trademark’s applicant against whom the opposition is lodged may require the holder of the opposing trademark to provide evidence of serious use of that trademark in the five years preceding the date of the trademark application whose granting of registration is contested.

Any third party who objects to granting a trademark registration may now intervene in the case and submit its own comments within two months after the publication of the application, provided that the plea is based on absolute grounds for refusal. Bad faith now constitutes grounds to refuse registration of a trademark.


The deadline for requesting the annulment of IP rights has been reduced from 10 to 5 years, counting from the date of the granting decision of those rights

Does the Code leave anything to be desired?
In general, the adoption of the new IP Code gone smoothly and the new procedures are working well. The INPI has started a new consultation on changes they wish to introduce to the recent Code, some of them correcting minor errors, others relating to security procedures or establishing legal provisions for deadlines not met during emergency scenarios (like the ones we had with the pandemic). One of the most significant changes being proposed will deal with the possibility of outsourcing the search for patent applications to the EPO.