Giovanni Ferrero: The man behind the World’s favorite chocolate spread

The 57-year-old grandson of Ferrero’s founding-father is writing a new chapter in the history of the eponymous Italian company synonymous with chocolatey treats. 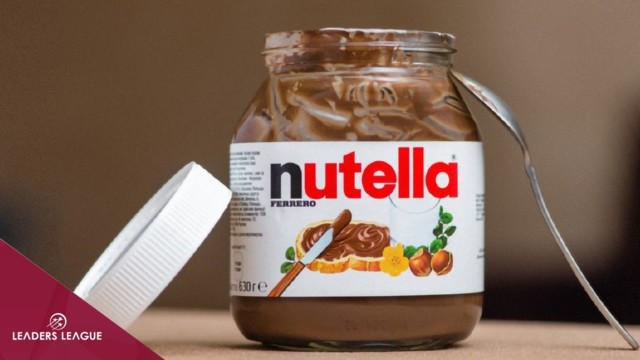 The Ferrero Group is “one of the most secretive companies in the world,” opined the Guardian in a 2010 article in which a source compared the Piedmont confectionary powerhouse to NASA, in terms of the lengths it went to to avoid industrial espionage.

The group cultivated the art of discretion for decades, with Giovanni’s father Michele Ferrero famously declaring that the company should only appear twice in the papers, once in the birth announcements section and once in the obituaries.

Indeed, it was not until 2011 that the press were allowed a sneak-peek behind the gates of Ferrero’s production facility in Alba, 30 miles to the south of Turin – a state of affairs which recalls nothing so much as the plot of Charlie and the Chocolate Factory.

Nutty idea
The story of how Ferrero ─ or more specifically Nutella ─ conquered the world began in earnest in the immediate aftermath of World War II. To compensate for a shortage of cocoa, the confectioner hit upon the idea of adding hazelnuts to the mix, an ingredient abundantly available on the Italian peninsula. Legend has it that a pivotal moment in the success of the chocolate product, known as Gianduja (a word which approximates to “chocolate and ground hazelnuts” in English) came one particularly hot post-war Piedmont summer, when the choc ‘n’ nut mixture melted in the heat. The result of this was a more gooey product that the company, somewhat on the nose, initially branded Supercrema, known to the world as Nutella since 1964 (whether you pronounce it ‘Noo-tella’ or ‘Nut-ella’ is entirely up to you).

The new concoction was an instant hit, notably with the children of Ferrero factory workers, which gave Michele Ferrero and his wife Maria Franca, the impetus to expand beyond Italy’s borders at the end of the 1950s, with France welcoming Ferrero with open arms.

Michele Ferrero famously declared that his company should only appear twice in the papers, once in the birth announcements section and once in the obituaries

Operating out of a former textile factory in Rouen, Normandy, Ferrero gave France Mon Chéri chocolate liqueurs before introducing their trans-alpine cousins to the wonders of their pâte à tartiner. These days, one-third of all jars of Nutella produced are made in France, where every day a mind-boggling 2.4 million Kinder Bueno bars roll off the production line. A bar with a Spanish name, from a German-sounding line of chocolates, made by an Italian company in France… what could be more European?

Happily, the unwritten rule of dynasties both feudal and corporate, whereby the father creates, the son consolidates and the grandson wastes, has not held true in the Ferrero family. If anything, Giovanni has been a tic-tac toting breath of fresh air for Ferrero.

The sons of Michele, Pietro and Giovanni, proudly carried the torch for more than a decade, until the sudden death of the former during a humanitarian mission to South Africa in 2011. Giovanni Ferrero, who is also a novelist, became CEO in 2015 upon the death of his father, before being succeeded himself two years later by Lago Civilette.

External growth
These days, the executive chairman of Ferrero, Italy’s riches man who sits on a €29.3 billion fortune, plots the strategic direction of the multinational from his adopted home-town of Brussels, where his ability to move with the times has seen a group, which for decades relied on organic growth, get sweet on acquisitions. In the past handful of years he has signed off on deals to buy London-based ‘posh-chocolate’ brand Thorntons for £112 million, and binged on Nestlé’s range of US confectionaries, such and BabyRuth and Butterfinger, to the tune of $2.8 billion.

“Ferrero has been built by generations of people who share [a sense of] commitment. Commitment that translates to the pursuit of our business objectives without losing sight of our guiding principles,” declares Mr. Ferrero on his company’s website. In signaling his ambitions for the family business, Giovanni is clearly seeking to straddle tradition and modernity.