European Copyright Directive: The No Alliance

The European Commission’s approval of the copyright directive in April threw more gas on the fire. In a few years, the internet has become – among other things – the main market for the distribution of copyrighted works. To cope with this change, members of the European Parliament in proposed, in September 2016, reforming the old copyright law, adapting it to the latest developments in digital technologies. After long debates, lobbying campaigns and street demonstrations, the directive was approved by the European Parliament in Strasbourg on March 26th, the Council of the European Union on April 15th. Finally, on April 17th, the official text was published in the Official Journal of the EU. Among the main opponents of the directive, there are the major web platforms, the GAFA, but also many civilians, who have made their voices heard during street demonstrations. 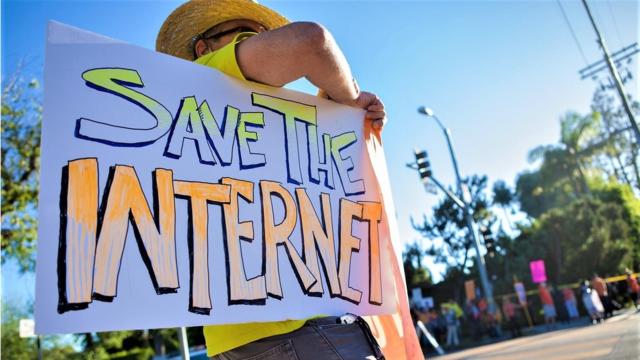 This reform enables copyright holders to negotiate better agreements on remuneration resulting from the use of their works. The platforms that allow the distribution of these works online, however, such as Google, Facebook, YouTube, have long opposed this (and continue to do so) under the fact that this directive is, in fact, limiting their ability to manoeuvre.

The NO-alliance strongly rejects Articles 15 and 17 (ex Articles 11 and 13), which we mentioned in the last article. Article 15 establishes a right, close to that of press publishers, who will now be able to benefit from part of the revenue that platforms derive from the content produced by information sites. The former Article 13, on the other hand, makes the web giants responsible for what is circulating on their platforms: the aim is to encourage YouTube & Co. to draw up fair agreements with the rights holders; the web giants themselves will be held responsible if protected content circulates without authorisation on their platforms.

While rights holders rejoice, the NO-side believes that the directive is in effect a web gag, which will lead to a considerable restriction on the circulation of works.

In addition, there has been strong criticism of the text in the directive itself, in its form, by both sides. Article 15 states that online service providers shall not infringe on hyperlinks, or on the use of single words or "very short extracts". The length of these extracts is not specified, however, which, according to the lobbyist of a large French media group, gives wriggle room to the platforms presenting the content: "Let’s say that the definition of short extracts is five words. Google can always use them for free and feed the results of its search engine, which it monetises in advertising, with all the information produced and in addition there will be less traffic delays for the publisher.”

Even with regard to Article 17, the criticism is no less intense. In fact, it is stated that content providers will not be considered responsible for the illegal circulation of copyrighted material in the event that they prove to have acted "expeditiously" to remove the material. Again, it is not specified how long “expeditiously” is.

Content providers are exempted from any liability even if they demonstrate that they have made "best efforts" to prevent the illegal circulation of protected material: even in this case, it is not clear what these efforts consist of.

The language is too weak for both supporters and opponents of the directive. The former fear that, in fact, there will be no hoped-for change, a scepticism reinforced by the fact that this is a simple directive and not a regulation, meaning that the transposition of the directive into national legislations could softened the text’s force. The latter are concerned about the lack of clarity in the text. The text, they say is open to interpretation, with ambiguities that make service providers more easily attacked. For some time now, the major web platforms have denyied the ambiguities of the text and have been conducting a massive lobbying campaign to persuade MEPs not to curb the freedom of the internet and information.

What is exempt from automatic filters?

Although the text does not say so openly, the directive encourages large platforms to equip themselves with automatic filters or other locking systems. For example, Netflix prevents users from capturing copyright images or videos by their mobile phones, which they spend about ten billion dollars a year on: any screenshot made of protected content and sent to third parties is automatically replaced by a black screen thanks to a special Netflix blocking system. The same story for YouTube, equipped with the locking system "Content ID": the algorithm analyzes the videos uploaded to the platform and compares them to a database of protected content. If the video in question takes a film, a broadcast or a protected music extract, the video is blocked.

It is likely that other web giants will have to adopt similar systems. However, this forced choice has been criticized for a long time. "Filters don't work because the algorithms are incapable of distinguishing between copyright violations and legal uses, such as parodies" comments Julia Reda, a member of the Pirate Party and standard-bearer for opponents.

The directive in fact does not prevent the uploading of copyrighted content in case of caricature, parody and pastiche, as well as for quotes and criticism. No problem therefore for gifs and memes.

Also excluded from complying with the regulation are non-profit entities, such as Wikipedia.

Despite this exemption, the popular online encyclopaedia has been – and still is – a prominent opponent. Maurizio Codogno, spokesman for Wikimedia Italia, considers Article 15 dangerous because "it is addressed to undefined service providers of the information society, because Wikipedia has no commercial purpose, but its license provides for commercial reuse, and because it is not explicit that you can reproduce the title of the linked articles.” According to Codogno, it would have been better to speak of a lack of "profit" rather than of "commercial purposes."

Wikipedia itself obscured its pages in the week before March 26th, in various EU countries, to protest against Articles 11 and 13. Jimmy Wales himself, founder of Wikipedia, has not couched his language on this issue: “in his opinion, the directive is an "expedient way to solve a conflict between multinationals, i.e. YouTube and the major music-streaming services.” As far as Article 17 is concerned, he shows distain for filters and automatic blocking systems, and as regards Article 13, Wales believes it "kills freedom of expression because it is immoral to tax or require platforms to pay, which is the same thing. We are destroying the concept of freedom of expression.” Although he acknowledges that the work of journalists and the press must be fairly remunerated, he considers the measure adopted by the directive excessive and cites the New York Times and The Guardian as positive examples of newspapers that have adapted to the digital age: the former because it keeps some of its content open, the latter because it has not put up a paywall and us able to function, in part, because of reader donations.

In addition to dissent via the web, the No front has taken to the streets. In March, numerous events took place across Europe, in Austria, Poland, Portugal and Germany. 40,000 demonstrators in Munich and 15,000 in Berlin took to the streets bearing signs such as "Save the Internet." Once again, articles 13 and 17 were in the firing line.

But the reform also has supporters. On March 23rd, in the German capital itself, a crowd of artists, publishers and graphic artists voted in favour of the directive.

And it is to these people and others in the Yes-campaign, that we will turn our attention in our third and final article, out next week.