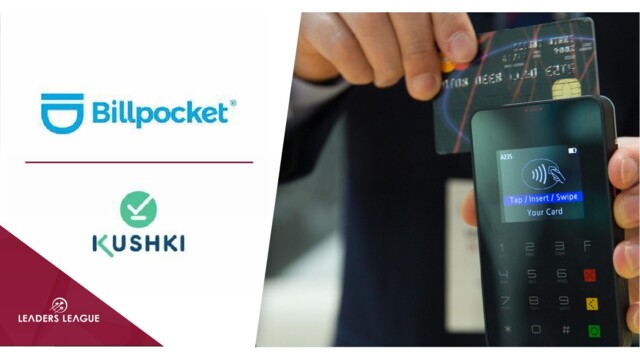 The purchase was described by those involved as one of the largest transactions between startups in the region, although the amount was not disclosed.

The acquisition has already been approved by Mexico’s antitrust body COFECE.

In a press announcement, Aron Schwarzkopf, founder and CEO of Kushki, stated that with the acquisition of Billpocket the Ecuadorian company will grow threefold in Mexico.

He added that the transaction is part of the $1.5-million-valued unicorn's plan to continue investing in the country.

"Mexico, apart from being the second largest economy in the region, is the first economy in the world in expansion of credit card payment points and is the fastest growing country," Schwarzkopf said.

Over the past three years, Billpocket, led by Alejandro Guízar, has tripled its business volume, consolidating its position as one of the leading fintechs in the Latin American market.

Currently, Billpocket moves a volume of 2 billion euros in annual transactions with a net income of over $35 million. In this new stage, under the leadership of the unicorn Kushki, it will accelerate its growth in the region.

Billpocket was partly owned by Spain-based Axon, a global alternative investment firm, and who offloaded the company as part of the rotation of its international portfolio.

The Spanish venture capital firm, led on the investment side by Francisco Velazquez and Alfonso de Leon, entered Billpocket in 2019 by acquiring a significant minority stake in the mobile payments company through its Impact fund Amerigo Ventures Pacifico.

The group's shareholders also included the founding partners, business angels and other funds such as Soldier Field Angels, VilCap and Redwood Ventures.