The President of the institution shares his opinion on the economic situation of the country. 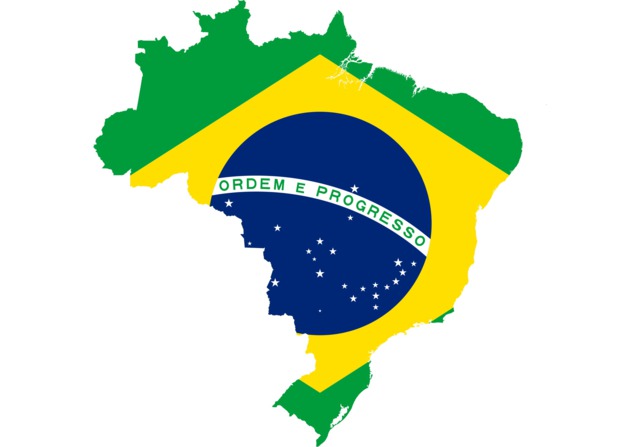 On June 5th Paulo Rebello de Castro, CEO of the National Bank of Economic and Social Development of Brazil (BNDES), claimed that the recession in the country has ended. He made the statement during an interview on the Canal Livre show.

“This recession doesn`t have anywhere else to go,” he claimed, pointing to the the 1% growth in the gross domestic product that Brazil registered in the first quarter of 2017.  Mr. Rebello de Castro defended his upbeat attitude adding “A government that does not celebrate is no longer governing.”

He took the opportunity to praise the country’s agribusiness sector, which grew by 13.4% in the first quarter of the year. He believes the sector will continue to expand throughout the year.

Despite the positive outlook, he acknowledged that some sectors of the Brazilian economy did not grow as well as expected. The services industry stagnated and industrial production grew by only 0.9%. He stressed the importance of the reformist process and the simplification of taxes as fundamental tools to increase the pace of the recovery in the country.

Concerning the role of BNDES in helping the economic recovery in Brazil, Mr. Rebello de Castro said that “if there is a demand for investment, BNDES will ensure efficiency in the approval of a process.” Nevertheless, he remained cautious about financing future endeavors: “I don`t want people to enter some sort of craze, because they will have to pay. BNDES is not a charity house. What’s borrowed, must be returned.”

The future for BNDES:

In order to accelerate the economic recovery of the country, the development bank claimed that it will optimize its operations, in order to reduce the time required to finance projects. The statement was made on July 7th by Paulo Rabello de Castro, the CEO of the institution.

The bank aims to focus its efforts on micro, small and medium sized companies, but the CEO claims that BNDES has not forgotten about the major enterprises. The objective is to reduce the bureaucracy involved in obtaining a financing from the BNDES, but the details on how the institution aims to accomplish this goal are yet to be addressed.

Brazil’s gross domestic product ended the first quarter of 2017 up 1%, when compared to the fourth quarter of 2016, which registered a 3.6% decrease in the economy of the country, according to the Brazilian Institute of Statistic Geography (IBGE). The Brazilian economy faced eight consecutive quarters of decreases, with these figures confirming that this was the roughest recession the largest country in South America has ever faced.

The recovery of the Brazilian economy can be attributed in part to the performance of the agribusiness sector. Crop production for the first quarter was the highest of all time, recording a growth of 13.4%, contrasting with the shrinking of 6.6% registered in 2016. This increase boosted the overall economy of the country, thus causing GDP to go up.

According to IBGE, the agricultural sector will grow 26.2% this year, bringing the GDP of the sector to 8.5%. “The extraordinary harvest should produce an increase for the rest of the year,” claimed Cesar de Castro, analyst at the BM Associados consultancy.

As a consequence of the growth of the rural economy, the number of workers in this field is going up. In the first quarter of 2017, employment went up 0.92%, according to the General Registry of Employed and Unemployed Citizens. The state of Goias is one of the most prosperous for workers, and in the first quarter of 2017 6,819 new job positions were created, representing an increase of 7.14% over 2016.

According the Brazilian Central Bank’s Index of Economic Activity, often used to predict the Gross Domestic Product of Brazil, GDP registered an increase of 1.12% in the first quarter of 2017, compared to the last quarter of last year. This figure goes against the prediction made by Reuters, which pointed to a drop of 0.95%.

A change in methodology:

The lead economist of XP Investimentos, Zeina Latif, warned, however, that this number might be the result of a change in the methodology used by the IBGE to compile data regarding commerce and services in the country, as the Brazilian Central Bank uses this information to calculate the index.

The shift in the methodology happened as IBGE changed the year of reference from 2011 to 2014, because the institution believes the latter better represents the current situation of the country. “When we look at the numbers of the quarter, does the index show some growth? Yes, it does, but we cannot say what results from an actual improvement and what is just a change in methodology,” she commented.

Despite the growth in the index for the quarter overall, it declined 0.44% in March. Zeina shared her thoughts on this number: “Overall, what we see is that these numbers point towards a stabilized economy. However, it is obvious that there is a certain amount of insecurity, because the overall situation is not very good,” she said, referring to the fact that not all sectors of the Brazilian economy have seen improvement.

While seeing the overall result from the first quarter as a positive surprise, the lead economist of Bradesco, Fernando Barbosa, stressed that from here on, the path will not be one of strong economic recovery. “This result, which reflects the drops in retail sales and in the sector of services, reinforces the notion that the recovery of our economy will be very gradual,” Barbosa said.

For the Ministry of Planning, the growth of 1.12% was expected as it had announced an expectation of 1.3% earlier this year. Last week the finance minister, Henrique Meirelles, gave assurances that GDP would grow, but also stressed that the effects of the recession will continue to linger. In the last quarter of 2016, the Brazilian economy shrunk 0.9%, closing the year with a drop of 3.6%, according to data from the IBGE. In 2015, the drop was of 3.8%.

As for the remainder of the year, the Focus Bulletin estimate is for growth of 0.5%, which concurs with the prediction provided by the Brazilian government. These figures indicate that Brazil is emerging from its recession.

One sign that indicates the recovery of the Brazilian economy is bankruptcy requests going down by 8.4% in the first quarter of 2017, when compared to the same period of 2016.

In the meantime, there was a decrease of 21.7% in the requests for processes of judicial recovery, with a reduction of 18.1% in the applications accepted by the government, according to figures by the Brazilian Central Service of Credit Protection who say these numbers point towards a “more accelerated economic activity, on top of smaller interest rates and inflation.”

Another recent event that indicates the Brazilian economy is growing was the announcement on June 5th by the Central Bank of Brazil that inflation is down.

The upwards momentum of the Brazilian economy is also evidenced by the surplus in its exports. On June 2nd the Ministry of Industry and Foreign Commerce and Services announced that, in terms of exports, Brazil experienced growth of 7.5% in May, compared to the same month in 2016, moving $20 billion and generating a surplus of $7.5 billion. This was the strongest month of May since 1989, when records began. Imports, on the other hand, had a more modest increase, with 4%, moving $12 billion.

From January to May, the commercial balance of Brazil registered a surplus of $29 billion, which is 45% larger than the same period of 2016 and also a record.

With these results, the government has changed its prediction for the end of the year to a surplus of $55 billion, which is $5 billion larger than the original estimate. If this prediction materializes it will be the best year-long performance ever achieved by the country. This is not, however, the only segment of the Brazilian economy that is thriving.

Industrial production on the rise:

On June 2nd the IBGE issued a report claiming that industrial production in Brazil increased 0.6% in April, when compared to the previous month. It was the best performance for April since 2013 and the first positive result for 2017.

Andre Macedo, author of the report, remained cautious regarding the situation: “We cannot say yet that this points to a positive path of industrial recovery, especially because the other comparisons are negative.”

In April, the sector of consumer goods was the only one to register a negative result, with a drop of 0.4%, compared to March. The fields of capital goods and intermediates had  growth of 1.5% and 2.1%, respectively.

Of the 24 segments of the Brazilian economy that are studied by IBGE, 13 of them saw growth in April. The most notable were pharmaceuticals (19.8%) and automotive (3.4%).

Another sector of the Brazilian economy which registered an impressive growth from January to May was the field of construction materials, which grew 6%.

The sector is starting  to recover after contracting 6% over the last year. Claudio Conz, the CEO of the National Association of Sellers of Construction Materials (Anamaco), said: “When you have two years of reductions, every sign of recovery must be studied and celebrated and we have signals that leave us very optimistic.”

A study conducted by Anamaco says that 54% of sellers of construction material expect sales to continue improving.