Trinity International: “With any country, we want to be the first to get into it”

We take an in-depth look at the three-office law firm that has made a name for itself by excelling in project finance and development in emerging markets. 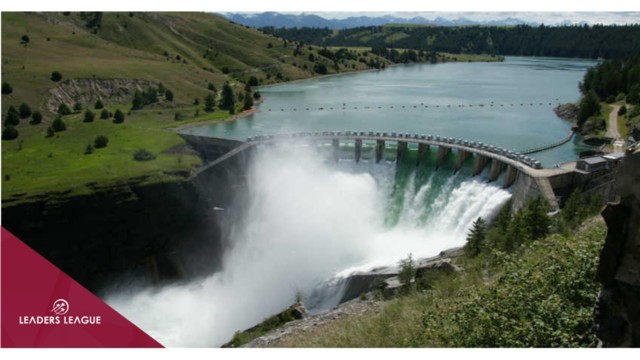 Trinity International operates at the nexus of two important legal market developments: the burgeoning of boutiques (a trend that has exploded over the last decade and is showing no signs of slowing) and the realization that meaty mandates can be found in the emerging markets – especially Africa.

Usually, boutiques spring up in areas of practice such as employment, IT, IP, tax and shipping – specific realms of expertise whose lawyers do not need to draw on corporate and finance firepower or a full-service offering. But Trinity International is an interesting proposition: it provides high-quality cross-border advice on energy transactions, project finance and infrastructure matters, areas that are usually the preserve of major full-service outfits.

Few boutiques take on this kind of work at a major scale; Peace|Crowell is perhaps the most high-profile. But Trinity’s strategic advantage lies not just in its sector focus but in its geographical target: emerging markets, especially Africa, where the firm was an early mover.

15 years old this year, Trinity has grown to 32 lawyers across three offices, with the largest contingent based in London under the leadership of Paul Biggs and Simon Norris. Both partners were formerly at Cadwalader, Wickersham & Taft, where they developed a reputation for financing significant power projects all over Africa; they are accompanied in London by Kaushik Ray, a French-speaking Allen & Overy alumnus who moved to Trinity in 2009, and who oversees the firm’s Paris and D.C. offices.

Trinity’s pitchfork geography has proved influential on other boutiques, most notably arbitration outfit Three Crowns, which also has offices in London, Paris and Washington, D.C. (but, unlike Trinity, recently outgrew its own name by establishing another office in Bahrain). Three Crowns attracted elite partners from Magic Circle and other illustrious firms, and in what seemed like no time at all began competing with – and beating – the kinds of full-service behemoths that have long dominated international arbitration.

Clearly, the idea of the global boutique, while oxymoronic on the surface, is seductive. Of course, there are prerequisites: strategic focus; a grounding in elite-level lawyering; and an ability to work seamlessly across geographies. But the efficiency of the global boutique model is a major draw for clients.

Trinity doesn’t need to worry too much about keeping things fresh: it seems baked into its business model. “Our real sweet spot is first-in-market stuff,” Ray told Leaders League in an interview. “In any country, whether it’s an airport or a windfarm or something else, Trinity wants to be the first to get into it.” And indeed, Trinity has been a first mover on projects in Nigeria, Kenya, Tanzania and Uganda, among other countries.

Nonetheless, it is not above engaging in M&A and private equity buyouts, though it restricts itself to infrastructure assets, with some oil and gas work on the side. Stéphane Brabant, senior partner of the firm’s Paris office, is well versed in energy and mining transactions; he, Ray and Pierre Bernheim, the project finance expert who set up the Paris office, spearhead Trinity’s continuing push into francophone Africa. (Together, anglophone and francophone countries make up over 75% of the continent’s nations.)

Set up in 2016, Trinity’s Paris outpost has been growing rapidly: in the last two years, it has handled over 40 transactions across 18 francophone jurisdictions. In 2019, it hired Marianna Sédéfian, formerly counsel at White & Case, and earlier this year it brought on not only Brabant but Lucien Bou Chaaya, a senior associate at Bernheim’s previous firm Herbert Smith Freehills. Both younger partners have useful language skills in addition to English and French: Sédéfian speaks Russian, while Bou Chaaya regularly makes use of his Arabic. The firm was already strong in North Africa: Tunisia, Morocco, Algeria, Libya and Egypt. But it was relying on local partners to grow this. Bou Chaaya now leads on matters not just in North Africa but in much of anglophone Africa and the Middle East, helping Trinity do deals in Lebanon and Jordan.

Though the firm is active in countries such as Bangladesh and Ukraine as well as the Middle East, its focus, without a doubt, is Africa: according to Ray, at any given time every one of the firm’s lawyers is working on at least one Africa-focused deal. It does not yet have an office on the continent; most of the investment in African projects is inbound. But since there is a growing amount of investment also coming from Africa itself, Ray would not rule out a base in, say, South Africa in a few years’ time.

He is nonetheless keen to emphasise the importance of stable growth. “We don’t sit down and say, ‘In five years we want to be the biggest firm in such-and-such country,’” he tells us. “We are client-led and opportunity-led.” Indeed, Trinity opened its D.C. office only three years ago, hiring former Mayer Brown partner Tom Eldert as its office head and a small handful of counsel in the years since. It staked its claim focusing on government agencies such as the DFC (the Development Finance Corporation), USAID (the US Agency for International Development), USEXIM, and World Bank entities like the IFC. Last year, it welcomed Augusto Repetto as counsel, along with a couple of hispanophone associates, and soon closed deals in Ecuador and Honduras. Expanding into the US made perfect sense for one of the firm’s core missions: pathfinding in emerging markets, connecting investors to opportunities Trinity has long been well-placed to bring them.

But it isn’t all about the money – least of all for Brabant. “It is clear that business should no longer look only for profits for their shareholders, but also ensure that their projects do not have negative impacts on anyone’s fundamental rights,” he told us in an interview. “As per former UN Secretary General Kofi Annan, business should even contribute positive impacts, such as training and education. This is a key aim of Trinity’s work in Africa advising on ESG principles.”

He continued: “Investors and entrepreneurs are key to the future of the continent, be they African, as they increasingly are, or foreign. Governance, the rule of law and well-balanced contracts remain crucial, yet are weak in some countries. On these issues, lawyers still have a role to play.” It is unsurprising to hear Brabant say this: just this year, he won an award for his contribution to the legal profession and to the practice of law in Africa. He is also a firm believer in blockchain, when used for respecting human rights as well as the traceability of funds, as a saviour of the continent.

Trinity International is well aware that law and finance will help African countries realise their potential. It has long been positioning itself as one of the parties that could help deliver this promise. And 15 years into its mission, Trinity is going stronger than ever.