Many see blockchain and cryptocurrencies as the next technological revolution to disrupt society. Alongside improved security, decentralized structure and transparency come the promise of economic prosperity and better state administration. Africa is embracing these new technologies. 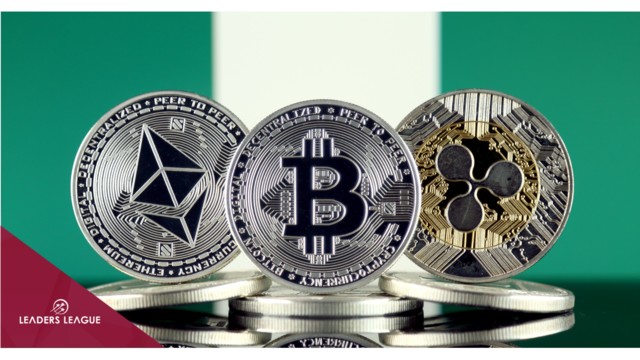 Why such enthusiasm? On one side of the coin, according to Yele Bademosi, the CEO of Bundle Africa, a social payments app, you have “a young population, a high level of cell-phone usage and decent infrastructure, which are the main factors contributing to the acceleration in the adoption of blockchain and cryptocurrencies in Africa.”

On the other there is the fact that these technologies make it possible to circumvent the structural deficiencies that hinder the economic development of the continent, such as spotty availability of banking services, the lack of transparency in logistics chains or an inability to raise funds for projects via conventional means.

Financial services… and much more
The lack of confidence on the part of investors is one of the biggest obstacles standing in the way of Africa’s development, according to Stéphane Brabant [Herbert Smith Freehills], Sylvain Cariou [Afnor], Gilles Mentre [Electis] and Wilfrid Lauriano Do Rego [KPMG] in a joint newspaper article published in April 2021: “Trust in the proper management by states of the funds allocated to them is essential for investors or donors. Strong and radical measures must be put in place by all stakeholders, from donors and lenders to final beneficiaries, including intermediaries and states. Only by doing this can confidence be restored and with it the flow of loans and donations can be secured. Happily, a technology exists to achieve this: blockchain.”

The quartet go on to highlight the additional benefits in terms of ethical and democratic governance, such as the registration of land titles or traceability in the granting of public contracts, for example.

Blockchain and cryptocurrencies have the potential to transform African societies

According to a recent report by the United Nations Conference on Trade and Development (Unctad), blockchain can also be used to advance the cause of sustainable development. But the organization points out that, at present, blockchain’s innovations focus almost entirely on financial applications to the detriment of the real economy. It is, they say, still mainly a tool for stock market investors. Africa, though, is ideally placed to put blockchain to a more utilitarian use.

Nigeria launches Africa’s first cryptocurrency
Last October, Nigeria became, in the words of its president Muhammadu Buhari, “the first country in the world to launch its own cryptocurrency for citizens,” the eNaira, a digital version of the national currency, the Naira.

The eNaira was the fruit of five years work by the Nigerian Central Bank, with the goal of the cryptocurrency being to make financial transactions easier for every Nigerian and reinvigorate the local economy: “Along with digital innovations, CBDCs [Central Bank Digital Currency] can promote economic growth through better economic activities."

Indeed, some estimates indicate that the adoption of the CBDC and its underlying technology, blockchain, has the potential to boost Nigeria’s GDP by $29 billion over the next decade,” added President Buhari during the launch ceremony.

Ghana looks likely to be the next African country to launch a digital version of its currency, with others planning to follow suit.

Towards, a pan-African cryptocurrency?
The prospect of a single cryptocurrency for the whole of Africa was raised by Anouar Hassoune, the CEO of West Africa Rating Agency, during the 16th edition of the African Economic Conference, held last September in Cape Verde: “I think it’s high time we embraced the 21st, and indeed 22nd centuries […] by creating an African cryptocurrency that would be accepted as legal tender in each member state. I don’t see why we shouldn’t. This cryptocurrency should be backed by existing African assets, i.e. our own natural resources.”

Blockchain and cryptocurrencies have the potential to transform African societies, how well they succeed in doing so depends largely on the vision and effort of the powers that be on the continent.