Leaders League has hand-picked 12 passionate start-up entrepreneurs, all remarkably engaged in innovation and development in their respective fields for a better world. 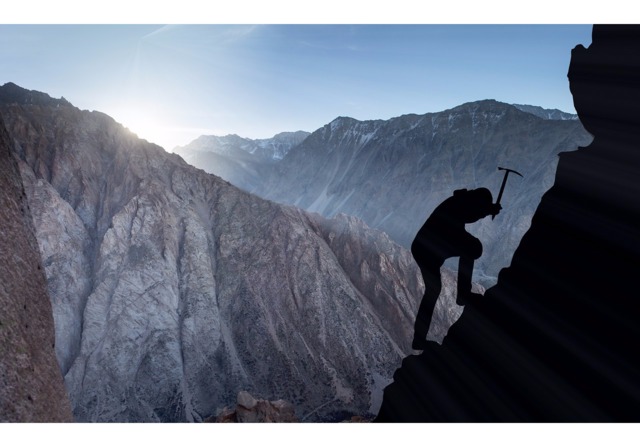 Relaxed shirt, round glasses, golf cap, sharp-tongued and hard-nosed, Tao Wang is perhaps not the conventional Chinese businessman, yet his tough management style and perfectionism towards products have largely contributed to the rise of DJI, a company he created a decade ago in a 3-room apartment with two schoolmates in Shenzhen. Today it has reached an annual turnover of about $1B and become the world’s No.1 consumer drone manufacturer with 70%+ of global market share.

Born in 1980, Wang’s lofty dreams started at young age, when he read a comic book on the explorations of a red helicopter. Since then, he spent most of his spare time reading about aircraft models and ended up studying electronic engineering at the Hong Kong University of Science & Technology. Believing that the products alone can deliver his messages, Wang seldom speaks in public or accepts interviews, which makes his recent speech at Shenzhen University even more precious, where he advised new students: “If you justfollow the main stream without knowingwhere to go, you will never have tail windalong your journey.” At the helm, Wang clearly knows where to steer DJI in the future: discrete but sure, he is piloting a global drone revolution.

Salman Khan was working as a hedge fund analyst when he started using online tools to teach his cousin in math. 10 years later he is on the list of Time’s most influential people in the world, and Khan Academy, the free online education platform he founded, has a YouTube channel which counts more than 2 million subscribers. Salman Khan’s mission is “to accelerate learningfor students of all ages. With this inmind, we want to share our content withwhoever may find it useful.” The choice of a non-for-profit organization is motivated by the aim to create an institution that will last for generations and be accessible to everyone.

An electronic engineer and neuroscientist, Dr. Tadi came up with a system combining virtual reality, computer graphics, brain-imaging technology and neuroscience while pursuing a PhD in Swiss Federal Institute of Technology (EPFL). The hand-tracking, mind-reading technology that Tadi has developed, aims to help patients suffering from neurological disorders to recover faster than with traditional physical therapy. This led to Dr. Tadi being named ‘Young Global Leader’ by The World Economic Forum at Davos in 2015. Subsequently, MindMaze completed a funding round of $100M from Hinduja Group, putting it in the Unicorn club with companies valued at over $1 billion. The device, MindMotion Pro, is certified for use in European medical centers.

Wanting to transform our music experience at home, this 26-year IT genius launched Prizm, a context-conscious music streaming adapter that recognizes the tastes and moods of people in the same room to play music that everybody likes.

Jeff Huber, an ex-Googler, has recently taken over the responsibilities as CEO of Grail, a start-up that has raised $100M from Bill Gates and Jeff Bezos to create a blood test for the detection of early stage cancer. Having lost his wife to cancer, his decision to lead Grail is also largely personal.

A hacker who unlocked the iPhone at age 17, George Hotz has earned a reputation ever since. A decade later, he surprised the world again by building an AI system for self-driving cars, closely emulating human driving behaviors. Hotz comments and queries: “AIs today are like small children, what can we do to grow them up?”

Having secured funding from VC firm Andreessen Horowitz in March 2016, Hotz expects to ship his first product by the end of 2016, with a system compatible with the top five most popular cars in the US. He claims that his self-driving device is targeting a different customer sector than its main competitors, Tesla and Google, and that his product enables cars to drive in more diverse road conditions.

As a technologist and blogger who grew up in Kenya and Sudan, Hersman has always had a fascination with the application of technology to develop the region. His mobile app Ushahidi played a vital role in mapping violence during the Kenyan crisis in 2007-’08. Later, he led the design and prototyping of a physically robust connectivity device which could hold enough power to survive a blackout, suited for a continent like Africa. Thus the backup generator for the Internet, BRCK, was born, and has raised $3M in funding from investors including Jean and Steve Case, TED, MKS Alternative Investments and Synergy Energy. Erik regularly writes for two influential blogs called WhiteAfrican and Afrigadget, discussing technological innovation in Africa.

This serial entrepreneur has wisely put mobile technology and data at the core of his business. RealityMine is a consumer centric data collection platform which uses passive mobile data to analyze behavior, media consumption and advertising. Looking deeper into the whens, the whys and the whats, the platform can determine consumer behavior and analyze how emotions govern motivation to purchase. By creating RealityMine, Rolfe William Swinton, has significantly advanced the role of mobile and wider digital research in the marketing industries and media agencies, helping to transform their business models.

Yin’s tech adventure embarked early: as a sophomore he already started work at Microsoft Research Asia on a facial-recognition project, which was later used in Xbox and Bing. In 2011, with two schoolmates, this 23-year-old entrepreneur created Megvii to develop image recognition and other artificial intelligence technologyies

Right after completing his education, Bhatt moved to New York with Tenev to pursue careers in the financial industry. While building trading platforms for major financial institutions at their jointly-owned company Chronos Research, Bhatt realized that electronic trading firms were unfairly charging customers up to $10 for every trade while the transactions cost next to nothing to execute. To democratize access to financial markets, the duo moved back to California and came up with Robinhood, a zero-fee stock trading app. In May 2015, the app got funded $50M for a Series B Round, led by New Enterprise Associates.

Finnish serial entrepreneur and founder of Helsinki Academy of Philosophy, Järvilehto believes humans can learn through gaming and co-founded Lightneer to create future learning games, having generated nearly $1B in revenue since 2015.

The brain behind one of the App Store’s most successful apps that provides professionally produced in-house content for all categories of cooks, Gao’s motto: "anyone cancook". The two founders of Kitchen Stories initially had other plans, but ended up creating an app in 12 languages, that went on to be featured on the Apple Keynote address, was downloaded 3 million times in less than a year, and raised almost $2M in 2015 from Point Nine Capital and Cherry Ventures. This app differentiates itself through its HD photos, videos, and step-by-step recipes, as opposed to amateurish content on most other cooking apps. Gao’s story was recently featured on the Apple App Store on the occasion of International Women’s Day, 2016.