10 peacemakers who have promoted world peace (Part I)

In human history, innumerable peacemakers have dedicated their entire lives to fighting against violence, abuse, dictatorships and terror. They have put themselves at risk to support the lives of others and to establish equal relationships through conflict resolution. As such, we devote this space to the following ten remarkable peacemakers. 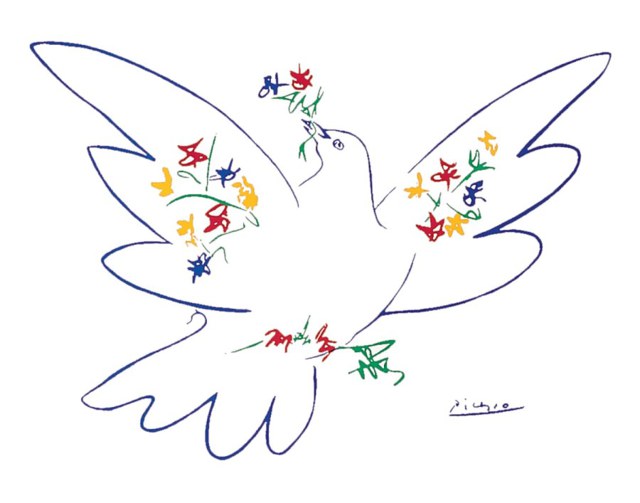 Aung San Suu Kyi is a Burmese opposition political leader and chairperson of the National League for Democracy (NLD). In 1988, she addressed half a million people at a mass rally, calling for democracy and reform after General Ne Win stepped down. When the military Junta took control, she continued to fight for human rights and equality. She would have been the new Burmese leader in 1990, if the military junta had not detained her under house arrest before the general election and later nullified the electoral results. In 1991, Aung San Suu Kyi was awarded the Nobel Peace Prize for “her unflagging efforts and to show its support for the many people throughout the world who are striving to attain democracy, human rights and ethnic conciliation by peaceful means.”

After passing almost 15 years under house arrest from 1989 to her recent release in 2010, this brave woman  was elected to the lower house of the Burmese parliament in 2012, announcing  her intention to run for the presidency in Myanmar’s 2015 elections one year after. Although Parliament voted against most constitutional amendments on in June 2015, meaning that Aung San Suu Kyi could  become president in the election, the party which she led, the National League for Democracy, won an absolute majority in both houses of the Assembly in November 2015, paving the way to democracy after decades of military rule in the country.

Aung San Suu Kyi’s core beliefs are rooted in nonviolence and the rule of law, under the influence of both Mahatma Gandhi and more specifically Buddhist precepts.  Burma’s Iron Butterfly said: “Democracy, like liberty, justice and other social and political rights, is not ‘given’, it is earned through courage, resolution and sacrifice.”

Tegla Laroupe is a Kenyan long-distance track and road runner, and she also actively advocates for peace, human rights and education, through her Tegla Loroupe Peace Foundation.

In 1994, Loroupe became the first woman from Africa to win the New York City Marathon. Consequently, she inspired many women all over the world as well as young Africans, as a woman champion to run against the many of the world’s strongest and successful male runners. She won the competition again in 1995 and later on in London, Boston, Rotterdam, Hong Kong, Berlin, Rome, and many of other cities. Until today, she still holds the world records for 20, 25 and 30 kilometers.

In 2003, Loroupe created the Tegla Loroupe Peace Foundation, whose mission is “to improve peace building, livelihoods and resilience of poor people affected by and vulnerable to conflicts and civil strife in the world.” At the same time came the creation of an annual series of Peace Marathons, named "Peace Through Sports," wherein  presidents, prime ministers, ambassadors and government officials run with warriors and nomadic groups in her native Kenya, in Uganda and in Sudan, to bring peace to an area plagued by raiding warriors from battling tribes. The races have become an important and significant athletic event, and her efforts and achievements in promoting peace amongst African tribes were lauded by the Kenyan Government in 2010. Moreover, Loroupe has also established a school (Tegla Loroupe Peace Academy) and orphanage for children from the region in Kapenguria, a high-mountain town in north-west Kenya.

In 1982, three years after the execution of her father, Zulfikar Ali Bhutto, a former prime minister himself who founded the center-left Pakistan Peoples Party (PPP), 29-year-old Bhutto became the chairperson of the PPP, making her the first woman in Pakistan to head a major political party. Six years later, she became the first female Prime Minister of Pakistan and of any Muslim majority country. Today parties from across Pakistan’s political spectrum allow women to be part of their organization and to fully participate in elections.

Noted for her charismatic authority and political astuteness, Bhutto drove initiatives for Pakistan’s democracy, economy and national security, and implemented economic policies for industrial development and growth, with an emphasis on deregulation, flexible labor markets,  denationalization of state-owned corporations, and  withdrawal of subsidies to other corporations. Furthermore, she supported fundamental human rights and stood strong against martial law and the human-rights violations by the regime of Zia-ul-Haq. Since 2007, she condemned terrorist acts allegedly committed by the Taliban and their supporters. Her re-election in 2008 could have been a means for hope for positive change to a country faced with political, religious and cultural strife, but unfortunately she was assassinated before the elections.

In spite of controversy and corruption scandals, Bhutto is often seen as a symbol of women’s empowerment, and her struggle to save her father and democracy remains a lasting legacy that is deeply respected even among her rivals.

Leo Tolstoy was a Russian writer best known for the long novels War and Peace (1869) and Anna Karenina (1877).

In the 1870s, Tolstoy experienced a profound moral crisis, followed by what he regarded as an equally profound spiritual awakening, as outlined in his non-fiction work A Confession. His literal interpretation of the ethical teachings of Jesus led to the creation of his non-violent philosophy. He said: “Those who neither struggle against violence nor take part in it can no more be enslaved than water can be cut. They can be robbed, prevented from moving about, wounded or killed, but they cannot be enslaved: that is, made to act against their own reasonable will.”

Regarded as one of the greatest writers of all time, Tolstoy had a profound influence on nonviolent resistance movements such as those of as Mahatma Gandhi, Martin Luther King, Jr. and James Bevel, and the political strategies of Nelson Mandela. In particular, his writing had a significant impact on Gandhi, who then kept correspondence with the writer during one year until Tolstoy’s death in November 1910, and acknowledged Tolstoy as “the greatest apostle of non-violence that the present age has produced.”

Susan Brownell Anthony was an American abolitionist, educational reformer, labor activist, temperance suffragist and woman’s rights campaigner. She notably played a pivotal role in the women’s suffrage movement in the US, and her famous quote “Failure is impossible” encouraged thousands and thousands of women to continue to fight.

Born into a Quaker family committed to social equality, Anthony collected anti-slavery petitions at the age of 17. After an early life in teaching, she partnered with Elizabeth Cady Stanton, who would later be her lifelong friend and co-worker, and founded several famous social associations, including the National Woman Suffrage Association.

In 1872, Anthony was arrested for illegal voting in her hometown of Rochester, New York, and convicted in a widely-publicized trial. During the trial, she spoke in all 29 towns and villages of New York, asking, “Is it a Crime for a U.S. Citizen to Vote?” proclaiming her right by the Fourteenth Amendment, “We no longer petition legislature or Congress to give us the right to vote, but appeal to women everywhere to exercise their too long neglected ‘citizen's right.” When she was sentenced to pay a fine of $100, she refused, saying: “I shall never pay a dollar of your unjust penalty,” and indeed she never did.

Before her retirement, when asked whether women would be given the right to vote in her lifetime, Anthony replied: “It will come, but I shall not see it...It is inevitable. We can no more deny forever the right of self-government to one-half our people…but come it will, and I believe within a generation.” Fourteen years after her death, on August 26, 1920, the 19th Amendment to the US Constitution was passed, giving all women the right to vote.

Other articles of the same issue:?

Alain Juppé: "Political leadership also consists in defending some positions that do not always reflect the most common opinion"

Maya Angelou: The Teacher of Life and Human Thought

REVIEW: Quiet: The Power of Introverts in a World that Can’t Stop Talking