The founder of iconic delivery services giant FedEx, Frederick Smith has had a storied life. 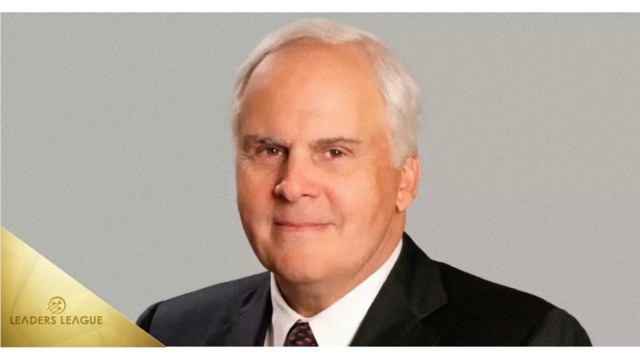 The story of Frederick Smith resembles a Hollywood screenplay. He was college buddies with George W. Bush, survived Vietnam, and saved his firm from insolvency by gambling its remaining money in Las Vegas!

Rumor has it that while at Yale, Smith wrote a paper that mapped out what overnight delivery service could look like in the digital age – and received a C. In any case, his professor couldn’t have known that Smith would go on to found a delivery company that, at its peak, had a market cap of $73 billion.

Mail delivery is a frantic business, but Smith was no stranger to intense activity. After graduating from Yale, during which time he befriended George W. Bush and John Kerry, Smith went on to serve two flight tours in Vietnam; he made Captain and was honorably discharged in 1969 with a Silver Star and two Purple Hearts to his name.

Two years later, at the age of 26, Smith founded Federal Express. By 1973, he was already servicing 25 cities, envisioning FedEx as the delivery version of a clearing house. Though hardly a rags-to-riches tale – $4 million in inheritance money, over $25 million in 2020 terms, helped him attract venture capital – times could be hard. In its first 26 months, the company lost $29 million. At one point, having been denied a crucial business loan, Smith took the company’s remaining $5,000 to Las Vegas and won $27,000 on blackjack, allowing him to pay a $24,000 fuel bill with money to spare.

Smith has always been determined to make employees an integral part of the FedEx decision-making process, due to his belief that "when people are placed first they will provide the highest possible service, and profits will follow". Resulting from this principle is the FedEx corporate philosophy: People-Service-Profit. These three corporate goals form the basis for all business decisions.

FedEx now brings in revenues of $65 billion. In 1997, at a time when most investors were avoiding Hollywood, Smith fully financed film studio Alcon Entertainment, which has grown over the years from a quick buck-making outfit to an Oscar-winning producer of prestigious cinema.