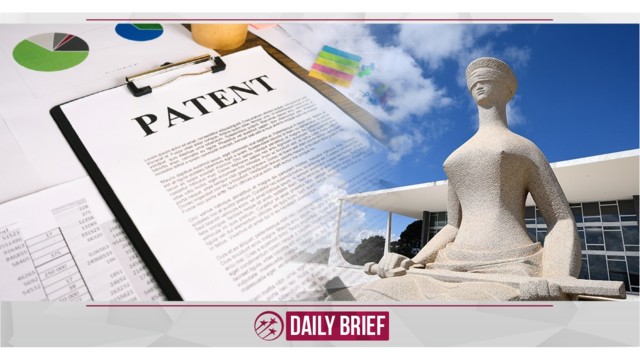 On April 7, Brazil's Supreme Court (STF) began the trial of ADI 5529/2019, a motion filed by the Attorney General of the Republic which challenges the constitutionality of the sole paragraph of article 40 of the country’s Industrial Property Law (IPL), which establishes a minimum term of validity for patents and inventions.

The article in question defines that a minimum term of validity of 10 years for patent of invention and 7 years for utility model patents, counted from the granting date by the Brazilian Patent and Trademark Office (BRPTO).

However, the same article also defined a 20 and 15-year exclusive use period for inventors, counted from the filing date in BRPTO, considering the time taken by the office to analyze patent applications, which in some cases can take over 10 years. In 2015, the average time for an administrative proceeding to be completed before the BRPTO surpassed 11 years and, when it involved technology matters, that period increased to over 14 years.

In this scenario, if BPTO takes 15 years to analyze a patent application, the inventor will have an extension of 10 years counted from the granting decision and, therefore, a 25-year protection with exclusivity.

According to the Attorney General of the Republic, the sole paragraph of article 40 violates free competition, legal certainty, and consumer rights, given the undefined extension of patent terms, which benefit inventors at the expense of society.

Nevertheless, those who defend the provision given by the sole paragraph argue that the minimum term of validity does not violate the constitution, but actually protects it, ensuring inventors a temporary privilege that goes in hand with what the article 5, subparagraph XXIX of the Brazilian Federal Constitution, stipulates. Such privilege guarantees patents to have a reasonable term and, if not, the invention will lose its economic value, which removes any incentive for new inventions and affects the innovation cycle in Brazil as a whole.

At trial, Justice Dias Toffoli decided on the partial suspension of the sole paragraph of article 40, only for pharmaceutical products, processes, and health device patents. Mr. Toffoli considered that the exclusivity extension given by the article is excessive in the light of the Federal Constitution and the International Agreement on Trade-Related Aspects of Intellectual Property Rights, as well as it burdens the public power, which reflects on the people’s constitutional rights of health and life.

He also added that, considering the current emergency scenario of the Covid-19 pandemic, the country’s resources to public health must be managed in a rational and efficient manner, to better attend the public’s current needs.

“Therefore, the pandemic showed the pressing need of investments in public health, pressuring even further the rational spent of public resources in the area and demanding the adaptation of structures, the hiring of professionals and the acquisition of supplies, hospital material, vaccines and medications, in the purpose of mitigating the effects of the calamity in the country.”, stated Mr. Toffoli in his vote.

The decision is provisory and may be confirmed or rejected by the other 10 Justices in the process’s upcoming trial of merit.