The identities of the runners and riders in the race to face incumbent French president Emmanuel Macron in April’s presidential election are becoming clearer. 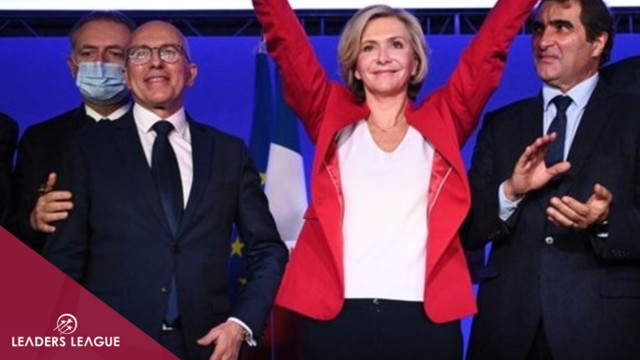 On Sunday, the president of the greater Paris region, Valérie Pécresse, defeated Eric Ciotti with 61% of the vote in the Les Républicains primary to clinch the center-right party’s nomination.

It was the first time the French conservative party chose a woman to be its candidate who, if successful next spring, would become France’s first-ever female president.

She joins a field of challengers that includes the socialist mayor of Paris Anne Hidalgo, far-right populist Marine Le Pen and Yannick Jadot of the greens.

Macron’s ‘worst nightmare’
The 54-year-old hopeful from the (rebranded) party of Chirac and Sarkozy is being touted in many corners as the candidate with best chance of defeating Macron in April’s presidential election, but to do so she will have to make the second round, something her LR predecessor, the scandal-hit François Fillon, failed to do in 2017.

The latest polls show that the most likely candidates to enter the run-off are Macron and Le Pen, the leader of the far-right Rassemblement National party.

Unlike many other countries, where the candidates from the two most popular parties routinely fight it out for the presidency, France’s two-round electoral system occasionally throws up a surprise finalist, with the electorate often seeking to chastise, or influence the policies of, a sitting president by voting for a more extreme party in the first round, before returning to the fold when push comes to shove in the run-off.

Therefore, Pécresse will have to walk a fine line if she is to take enough votes from both LREM and RM in the first round on April 10th to advance to the showdown. In her victory speech last weekend, Pécresse vowed to break with Macron's policies while also urging a hard line on immigration.

Yet while she talks tough on questions of security and immigration, the former education minister has been careful not to shoot herself in the foot by leaning into the anti-European sentiment of those on the right of her party.

During the primary, Pécresse styled herself as the only person able to defeat Macron, and she heads into the spring with an image as a Chiraquienne with a centrist, globalist and pro-Europe outlook. In other words, the perfect combination to seduce those moderates who got on board the En Marche! wagon in 2017, but have since gotten cold feet.

The candidate from the affluent Paris suburb of Neuilly-sur-Seine has not been shy about promoting her reformist credentials, stating that during her time in the Sarkozy administration she “held out nine months against the street,” she said of the protests against reform of the university system. “I took on the most dangerous reform of Sarkozy’s presidency, which no one else wanted to do.”

Too much ground to make up?
While the LR camp seems united behind her, Pécresse faces an uphill battle against a president who, apart from proving himself on the world stage has, in less than one term, accomplished reforms (without major social unrest), including to the national rail company SNCF and to France’s wealth tax, which the right had long promised but failed to deliver. Add to that Macron’s budget increases for the police and the armed forces and it would seem that he has already stolen much of her party’s thunder.

Yet the French often prefer the original to the copy. We will see if this rule holds true in a few months.