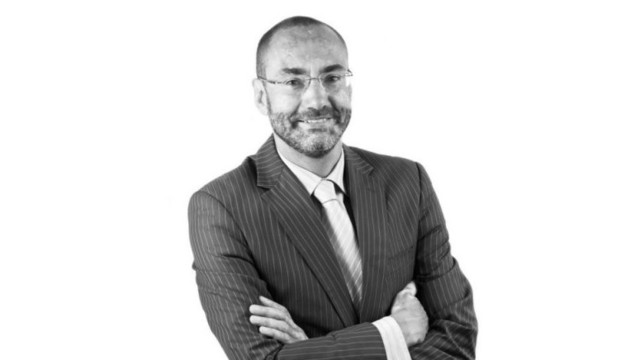 Leaders League. How have you seen the Belgian legal market evolving?

Olivier Clevenbergh. For many years, Belgium has developed two relatively distinct legal markets: various US and UK firms – notably most of the Magic Circle – and domestic firms. The first category concentrates more on corporate international work. The second category deals with a broader range of matters. We have seen recently that, while the big cross-border deals are often still entrusted to the international firms, the Belgian independent firms have taken a bigger stake in the international transactions. This is due to their increased sophistication and professionalization. Such firms also develop an international network which can function as efficiently as global firms. This evolution is partly the result of the creation of new firms by partners who used to work in international firms and decided to pursue their career in another environment while maintaining their activities’ international aspect. This is also due to the wish of clients to lower their legal spend as much as possible.

Leaders League. What is the positioning of Strelia in such a situation?

O.C. Strelia is one of the recent firms formed and developed by partners having worked for many years in international firms. We use our experience to provide a service equivalent to the one you can have in the international firms but with a more personal approach. We have a lower associates leverage and our partners are really involved in matters and close to the client. As ambitious newcomer, we have a challenger spirit: we know it is hard work to gain a place amongst the leading firms, which is our ambition. International work is an essential part of our activities. We are independent (including from any network) and we cooperate on a caseby- case basis with an informal network of “good friends.” We concentrate on corporate matters in the broad sense, and on dispute resolution. For specific issues, we call upon the assistance of niche firms which we trust and which comprise the best specialists in their sector.

Leaders League. Strelia was created in 2013. Nearly four years later, how do you look back at the creation?

O.C. The environment in the Belgian market place was very competitive, with many firms established for a long time. Back then, the M&A market had not yet recovered from the 2008 financial crisis. We had the advantage that we could model a firm so that it would correspond to what we thought the market needed, instead of inheriting situations from the past. In other words, we could start with a blank sheet of paper and progressively build our new firm. We were able to select new partners who had the same mindset as the founders and who would form a coherent ensemble. Coherence was and is fundamental and this is why it was essential to maintain it, even at the risk of losing partners in the early stages when it was considered that the required fit was not present.

Leaders League. Could you describe the firm's major steps until now?

O.C. The first step was to convince the clients and the market that Strelia was a reliable alternative to the existing firms. We were lucky that major corporate clients and foreign firms accepted to work with us from the start on important deals and disputes. Thanks to this Strelia obtained immediate market recognition, which helped reaching the next stages. Then, we needed to strengthen and build up our capacity as a corporate firm, which meant having, in addition to corporate lawyers, tax experts and finance specialists. We also considered that a restructuring team was a necessary addition. Progressively, we combined those various practices, adding new partners each year. We are currently striving to develop other areas that we consider complementary to our activities. We want however to remain a relatively small firm, in order to keep our flexibility and our personal approach, and also because the Belgian market itself is small.

Leaders League. Could you describe your client base?

O.C. We believe that it is important to have various types of clients. Not only does it protect the firm against sectorial or cyclical changes but it broadens our experience, for the benefit of our clients. For instance, the fact that we work for small or medium-size companies allows us to better assist a bigger client that wants to acquire a smaller company, because we are familiar with the daily life and organization of such a smaller target. We also have a good balance between international clients and local clients. We work across various sectors, with a focus on retail and insurance and finance. Our preferred model is to establish stable relationships with selected clients. There is indeed clearly a benefit for both the client and the firm in the knowledge of each other that can be developed in such a relationship. Then, an important part of our work is derived from referrals from law firms abroad, notably France, Germany, Italy, the UK and the US.

Leaders League. Strelia focuses on corporate matters but also has a strong litigation practice. How do the two interact?

O.C. Most of our lawyers do indeed combine transactional work and dispute resolution work, albeit to various extents linked to the type of clients and individual preferences. We also have an important arbitration practice. During the nineties, most of the larger Belgian firms followed the Anglo-Saxon model of splitting transactional work and dispute resolution, as happened in many other European countries. I believe that the idea then was mainly to follow the example of the international firms: because they did it so there, it was considered the right thing to do here as well. This was a change from the traditional continental position where a lawyer did both litigation and transactional work. In our eyes, such division is not necessary in Belgium, where we do not have a split profession as for instance in the UK.  On the contrary, we believe that there are many advantages in dealing with both aspects of the work. Knowing by personal experience how a court or arbitration tribunal gives effect to a contractual clause allows you to better assist our client when drafting or negotiating such clauses. It improves the practical approach of the negotiation and helps in identifying what is really important to protect your client and what you can give away in order to strike a deal. Conversely, having the practical experience of negotiating and closing deals and so understanding the mechanics of specific contracts is an important asset in a dispute. The combination is even more precious nowadays that we often see deals or negotiations transforming into battles or at least where pre-litigation strategy is useful.