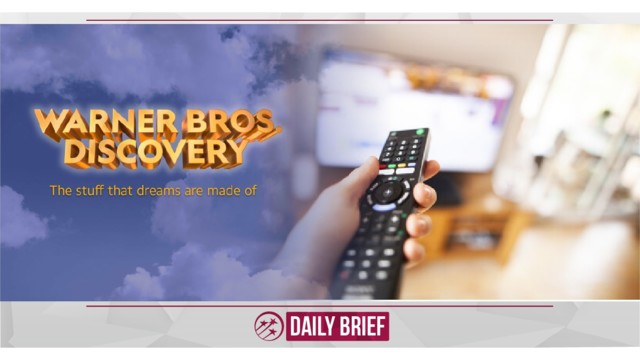 In mid-May, media conglomerates WarnerMedia and Discovery Inc. announced a joint venture to create a new streaming service with the goal of merging their entertainment assets and channel portfolio, which includes major networks such as HGTV, Food Network, TLC, Discovery, HBO, Warner Bros, TNT, CNN, amongst others.

The companies recently announced the name and slogan of the new conglomerate, Warner Bros. Discovery, “The stuff that dreams are made of”, in reference to a classic 1941 Warner movie, "The Maltese Falcon".

Both companies have recently debuted in the streaming market, with the launch of HBO Max by WarnerMedia in May 2020 and Discovery+ by Discovery in January 2021. The platforms currently have 67.5 million and 18 million subscribers, respectively, and are set to go global by the end of 2021. Together, the new company's combined assets could reach $150 billion valuation, however, its numbers are still far from market-leaders Disney+ and Netflix, which together enjoy over 300 million global subscribers.

According to Discovery’s CEO, David Zaslav, the new company will stand out from its competitors by offering a combination of news and sports, in addition to its entertainment capabilities, combined strengths which could turn Warner Bros. Discovery into the new global leader for digital entertainment. Mr. Zaslav was recently appointed as head of the new venture, with over 30 years of experience working for major players in the entertainment industry.

“We will build a new chapter together with the creative and talented WarnerMedia team and these incredible assets built on a nearly 100-year legacy of the most wonderful storytelling in the world.  That will be our singular mission: to focus on telling the most amazing stories and have a ton of fun doing it.”, stated Mr. Zaslav.