As these words are being typed, the US presidential election between Donald Trump and Joe Biden is too close to call. That fact alone means that the president has performed much better than expected and could yet pull off an upset. 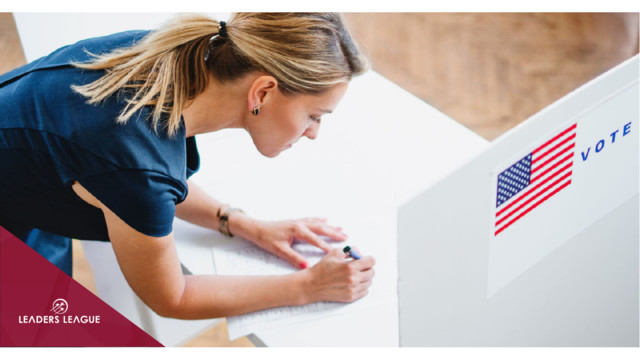 Let’s take a look at some of the main reasons for the Republican party candidate’s impressive performance.

Many commentators thought Donald Trump’s much-criticized handling of the coronavirus pandemic would be a millstone around his neck. Such prognostics have proved overblown. According to a CNN poll published in the day of the election, 48% of Americans are quite satisfied with his handling of the crisis.

“It’s the economy, stupid!”
The same poll revealed that the economy is the number one priority for the majority of the electorate. And that is clearly an advantage for Donald Trump. Why? Well, apart from the fact that the economy has traditionally been viewed as safer in the hands of a Republican government, prior to Covid, American’s were enjoying the best economy of many of their lifetimes, with record-low unemployment and high salaries.
Despite enjoying massive coverage in the media in recent years, the issue of racial justice (traditionally a cause célèbre of the Democratic party) has not resonated nearly as much with voters, according to pollsters, with just 21% of the electorate stating it was their top priority.

Swing-states remain red
It’s the big surprise of the election so far; Trump’s ability to hold onto a number of crucial swing states. In the Rust Belt, he has won Ohio with 53.3% of the vote, improving on his 51.6% share in 2016 to boot. A bellwether, Trump’s performance in the Buckeye State could bode well for him as regards those states with a similar social demographic that are yet to declare, including Wisconsin, Michigan and, perhaps decisively, Biden’s home state of Pennsylvania.

"Far from flipping blue, in many of the states Trump won in 2016 his support has actually solidified"

In the south, despite a massive push from the Dems in Florida (which included Michael Bloomberg’s touted $100 million dollar campaign spend), Trump carried the state, and by a wider margin than in 2016. The Democrats miserable showing in the Sunshine State was underlined by Biden’s score in Miami, where Hillary Clinton had 63% of the vote, but Biden could only scrape 53%.

The GOP even managed to take Minnesota, a state they lost four years ago. Trump also seems to have lost none of his standing among blue collar workers of the North East.

A pattern is emerging. Far from flipping blue, in many of the states Trump won in 2016 his support has actually solidified. This was the case in Mississippi (61% against 57%). In Louisiana, his percentage of the vote has held up. Democrats hopes of taking Texas proved to be a pipe-dream, with Trump’s score here remaining stubbornly stable.

These victories are highly significant and prove that, despite his reputation as a maverick, Trump has managed to mobilize his base, notable the country’s 80 million evangelical protestants. Not even the Lincoln Project (Republicans who denounce Trump and call for fellow party members to vote for Biden) have been able to make much impact in red states, except, perhaps, for Arizona, the former bastion of John McCain and home to many moderate Republicans which could fall to Biden later on Wednesday.

Latinos for Trump
It was a big hope for the Biden campaign; get enough Latinos to vote democrat as a path to victory. Their hopes appear to have been dashed. Despite Trump’s pledge to build a wall and the scandal caused by children being separated from their families at border detention facilities, Latinos, it seems have predominantly voted the economy rather than race. This is not as suprising as it first appears, after all, Latinos benefitted from the pre-covid boom too.

And so, while more voters identifying as Latino have voted democrat than republican so far in the 2020 election, Biden’s party’s share of the vote among this community has narrowed. For the time being at least – and the picture could still change in the hours to come – Donald Trump has garnered 35% of the Latino male vote, up three points on 2016. He has also improved his score among Latino women (28% against 25%). It’s a similar picture as regards the African American vote, (17% against 13%).

There is another factor at play. In the United States, people have a tendency to accord the outgoing president a second term in office. Since 1974, Richard Nixon, George W. Bush, Bill Clinton and Barack Obama have all be re-elected. The only exceptions: Jimmy Carter in 1981 and George Bush senior in 1992.