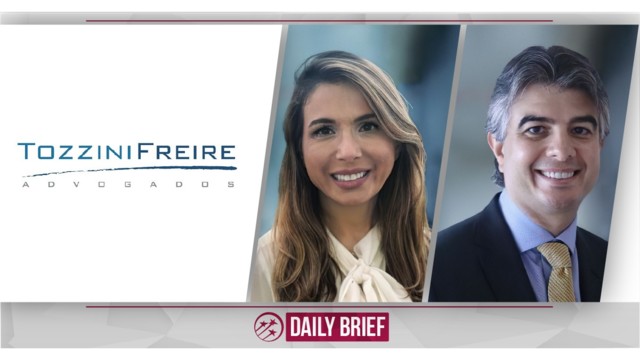 Mr. Marques brings over 20 years of experience in the legal market, having previously practiced at elite law firm BMA – Barbosa Müssnich Aragão and acted as a Legal Executive Director at Brazil’s largest sugar and ethanol producer, Cosan. With an impressive academic background, he holds a Bachelor of Laws from Universidade de São Paulo (USP), a Master’s and a doctorate degree in Civil Procedural Law from Pontifícia Universidade Católica de São Paulo (PUC-SP), as well as several other national and international specializations, including two postgraduate degrees – in Negotiation and Mediation - from Harvard Law School (USA).

Fernando Serec, the CEO of TozziniFreire, believes the arrival of the new partners goes in hand with the market’s current necessities and reflects the firm’s commitment to its growth strategy, especially in the Tax department. “With this, our tax department positions itself as one of the most important amongst the major corporate full-service law firms. Furthermore, we maintain our growth strategy and continue to meet the market's demands and remain attentive to the new opportunities that may arise over the next few months.”, he added.