The United States: Time for a change of direction?

US law firm leaders need to make bold, proactive changes in how legal services are delivered if they want to thrive in the rapidly-changing legal marketplace. Overall revenue across the big US firms rose, revenue per lawyer grew, and profits per partners also increased. But not by much. 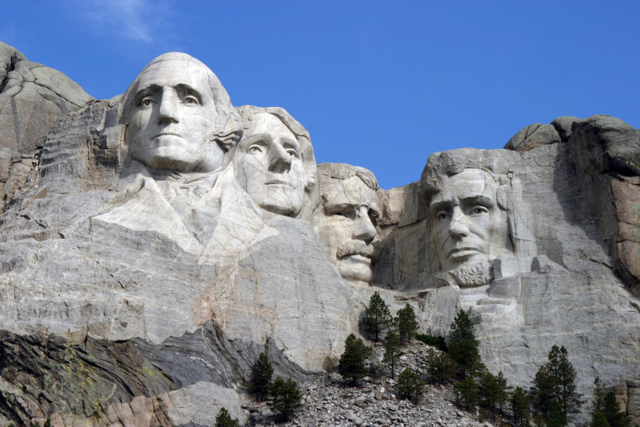 With the US legal market estimated to be worth about $437 billion and with 1.3 million people across the country practicing law currently, according to ABA Survey, the Am Law 100 saw the lowest growth in revenue in 2015 since 2008, when the country was still in recession. Firms gained slightly in gross revenue at a rate of 2.7% to $83.1 billion yet this increase does not compare favorably with last year’s 4.6%. This is surprising since Bloomberg reported 2015 was the best year on record for M&A as buyers planned to spend approximately $4 trillion on mergers and acquisitions. What accounts for this?

There are indications from the 2016 Report on the State of the Legal Market issued by Georgetown University (based on 143 US law firms) that performance may have been affected by weakening pricing power on commoditized work as clients highly influenced the organization, staffing, scheduling and pricing of legal matters, where previously this had largely been left in the hands of law firms. In addition, alternative legal services providers such as accounting, audit, and consulting firms, continue to grow market share and raise competition for traditional firms.

In 2015 many of the very rich firms occupied a very different position from their 2014 ranking. In 2014, the very rich featured 20 firms that had Revenue per Lawyer (RPL) and Profit per Partner (PPP) of $1 million and $2 million respectively, however the 2015 list features 29 firms, with PPPs being as high as $6.6 million. The new firms making the list this year are: Dechert; Fried, Frank, Harris, Shriver & Jacobson; Ropes& Gray; Sidley Austin; and Wilson Sonsini Goodrich & Rosati.

Although some firms have increased their PPP this year, such as Wachtell whose PPPis up by $1.1 million, there was still an 8.1% decrease in the average PPP among the very rich firms: from last year’s $3.2 million to this year’s $2.6 million.

Some law firms outside the very rich category are doing better as well. A 2015 Altman Weil survey, polling managing partners and chairs at 797 US law firms with 50 or more lawyers, revealed strategic choices that are affecting law firms’ performance and standing in the market. Law firms that have changed their strategic approach to lawyer staffing, efficiency of legal service delivery and pricing are consistently more likely to see increases in gross revenue, RPLs and Profits per Equity Partner (PPEPs) than those firms that have not embraced strategic change. The Altman Weil survey found that 77% of law firms that changed their strategic approach to lawyer staffing reported an increase in PPEP from 2013 to 2014, compared to 56% of firms that had not made such a change. This 21% difference is difficult to ignore with law firms in an increasingly competitive marketplace where businesses are decreasing their use of external legal advisors in favor of in-house legal departments.

In a society where clients are influencing the legal services of tomorrow, the challenge for many big US law firms is to make operational changes. However, as changes of this scope take firms a long time to implement and introduce to the market, there does not seem to be much willingness to do so. When these firms were asked why they are not doing more to change the way they deliver their legal services, 63% said they are not changing their strategy because “clients aren’t asking for it.”

According to Carolyn Lamm, former ABA president and White & Case partner, this attitude is short-sighted. “Today’s large law firms can no longer afford complacency; success for most large law firms will increasingly depend on their becoming more business-like, particularly with respect to how they manage their operations, and engage with clients.” Some of these new business strategies and practices are a response to clients wanting to go global, as well as the growing importance of technology.

Litigation on the Decline

The legal profession has changed as well, we notice that transactional work has increased, having now recovered from the last recession, whereas litigation has been in a slow, steady decline. According to Thomson Reuters’ 2016 Peer Monitor, today litigation accounts for an average of 31% of large law firm billings. While this is the biggest share of any practice, the percentage was more than 40% twenty years ago. Transactional practices have outpaced litigation in nearly every quarter over the last two years, while there was some year-on-year demand growth in corporate and real estate practices, other practices experienced negative growth including litigation and patent litigation, which together account for more than a third of all work across the market.

Altman Weil’s 2015 report showed that there were 84 mergers involving US law firms, which is the largest number for nine years, with Dentons dominating the 2015 merger scene alongside Dacheng. According to Altman Weil, of the mergers 28% of all law firms acquired in 2015 were headquartered in the southern United States, with the largest concentration in Florida and Texas. 23% of acquisitions were of Midwestern law firms, with a focus on Illinois. 19% of acquired firms were in the Middle Atlantic states, with a focus on New York. The western US accounted for 18% of acquired firms, with California as the primary target. 10% of deals were cross-border combinations and only 3% of 2015 deals involved the acquisition of New England law firms. One notable merger that took place more recently in 2016 was the UK firm Bond Dickinson forming an alliance with Womble Carlyle Sandridge & Rice. This will encourage the firms to build on their relationships with clientele in each other’s offices while they will also be exchanging referral instructions, cooperating in marketing, business development as well as pro bono matters. Reed Smith and Pepper Hamilton were contemplating merging for a while, which would have created a more than 2000-lawyer firm. Yet the merger was called off for a variety of reasons, including differences in strategy.

In some cases, it would seem that law firm mergers are the best games in town bringing increased profitability to law firms, however in today’s legal services market, there are better solutions. Among them is being able to differentiate practices and maximize profitability rather than just growing it by means of mergers.