'The legal system was built by men, for men'

Leaders League was lucky enough to talk to Jay Wetterau, Head of Inclusiveness and Diversity at international law firm Fieldfisher. His 10 years of experience promoting diversity and inclusiveness stand out in a sector where much remains to be done when it comes to ensuring a level playing field for all. 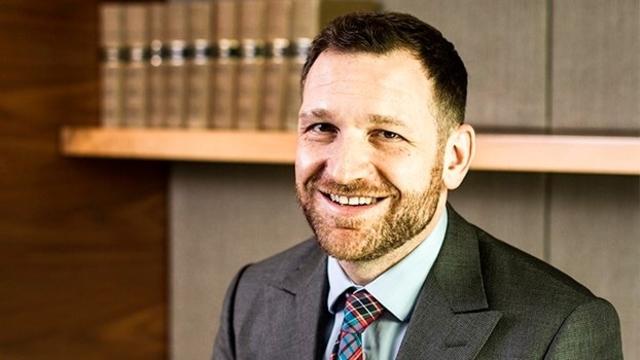 Leaders League: What does your role as Head of Inclusiveness and Diversity at Fieldfisher involve?

Jay Wetterau: There are two sides to my role, two main areas of focus. The first of these involves organising, and working with employees on, external facing initiatives and events. One example of such an initiative is the Career Focused Partnership we have developed with Queen Mary University under which every year Fieldfisher welcomes 21 students from ethnicities that are under-represented in the legal sector to a series of skill sessions held over 4 weeks focusing on, among other things, developing commercial awareness and preparing training contract applications. Two students who recently undertook this program are due to become trainees at the firm, which is a great success. Over the past 5 years our trainee intake of people of under-represented ethnicities is above national average. I will as often as possible encourage clients to engage with our initiatives, including the talks, panels and networking groups we organise.

The second aspect of my role involves the work done behind the scenes to ensure that the firm has a level playing field that gives everyone a chance to succeed. The concept of bias interruption feeds into this kind of work. Instead of trying to change everyone’s mind, we try and interrupt bias, we aim to mitigate the issue rather than change the thinking patterns of the entire staff. That is the philosophy we have here, fixing our systems to the extent we can. Doing this and looking at fixing the system benefits the entire workforce rather than a specific segment of it. For example, I meet with all the partners and go over promotion prospects with the authority to question decisions where there is potential unfair treatment and I also sit in the partner promotion meetings to ensure this.

What are the main challenges that come with this role?

The legal system was built by men, for men and there is therefore a challenge in making it fairer to all. Identifying and reengineering systems that go against diversity can be very challenging. As the attitude of the senior leadership at a firm really affects its culture, it is crucial that management buys in to the value of having a diverse workforce and an inclusive working environment. Our managing partner truly believes in diversity and inclusion (D&I) initiatives, he has given me full support in my role, he comes to all our events, he engages and has fully bought in, making my life and job much more enjoyable because of the buy-in from anyone else involved that results from his support and leadership.

What makes a good head of inclusiveness and diversity?

One of the things that has come with the experience of doing this over a decade is dealing with resistance and being challenged. You have to be creative in how you describe and defend things so that you don’t alienate anybody while also being more convincing. It also helps to have a good sense of humour and not take yourself too seriously. Finally, you must be able to listen. If you don’t listen, however experienced and empathetic you are, you will never be able to put yourself in another’s shoes.

How do you measure success in this role?

It is difficult to have a measure of success that is as visible as profit per equity partner. The development of home-grown talent to partner level is also not really a good way to measure success in this role, it takes so many years and depends on so many factors that it can’t be usefully measured. However, one of the ways I measure success is when I organise an event around D&I and I have a full room, including firm management. The visible engagement from people is how I measure success.

Is this kind of role going to be commonplace at major law firms over the course of the next few years?

I would imagine so, if that isn’t already the case. Having a role dedicated to D&I shows it is a critical issue for a firm. The business case speaks for itself: it costs between £250 and £300k to replace a senior associate-level regretted leaver. There is a client demand too and this is visible in requests for proposals (RFPs) where you have to be clear and open about diversity. The RFPs and the questions they ask have evolved, a few years ago they would just ask for stats and now they ask for more substantive content including what a firm is doing to promote D&I.