The duty of the administrators to report: beyond ‘compliance’

The question that clients ask about whether, as administrators, they should, or not, report irregular events that have happened in their company is becoming more and more common. On this matter, it is well worth making some clarifications. 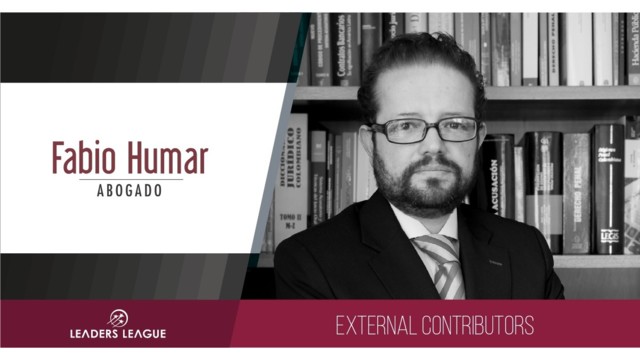 The first, and maybe the least obvious of all: No one is obliged to report their own illegal acts, nor those of their close relatives, as ordered by article 33 of the Political Constitution.

This article, then, does not refer to a case in which the administrator themself who has committed the crimes. There is no doubt that this requires legal advice, but it must go through analyzing the consequences of waiving the right to remain silent and the subsequent search for benefits by confession, if applicable.

What is analyzed here is the duty of the administrator to file a criminal complaint with the Office of the Attorney General of Colombia, whenever you have found illicit, criminal acts in a company, in which you have not taken part.

The compliance systems, in vogue of late, oblige entrepreneurs to create and implement procedures that guarantee, within the company and vis-à-vis third parties, that said company fully complies with current regulations.

Compliance is, in a manner of speaking, the guarantee offered by the business owner to employees, third parties and the State that there is a clear policy of respect for and adherence to the rules.

The administrator who becomes aware of the existence, past or present, of an illicit act must alert the Office of the Attorney General of Colombia in a timely manner. Otherwise, there would be two consequences that are worth analyzing. The first is that the administrator's silence will be understood as a disobedience of the guidelines of compliance and good governance codes. And the second, which is more serious, is that the authorities can interpret silence as complicity, under the terms of article 30 of the Penal Code.

Indeed, the Penal Code, in its article 446, states: “Whoever has knowledge of the commission of the punishable conduct, and without prior agreement, will help to evade the action of the authority or hinder the corresponding investigation, will incur in prison from one (1) to four (4) years”.

The Code of Criminal Procedure is also instructive in this regard, in its article 67, which states: “Every person must report to the authority the crimes of which they are aware and that must be investigated the occupation”.

The norm of the Penal Code establishes serious consequences for those who cover up a crime. On the other hand, that of the Code of Criminal Procedure appeals, without threat of consequence, to citizen duty. Both are mandatory standards, but with different levels of sanction and consequence.

However, jurisprudence, and not only the criminal, has extended the concept of an accomplice to make way for a broader understanding, perhaps anti-technical, but extremely dangerous for the administrator who keeps silent instead of denouncing.

This is how various authorities have spoken: The Superintendence of Companies, for example, points out that, in addition to the duty that some companies have to issue the Suspicious Transaction Reports (STRS), They are obliged to file a corresponding criminal complaint, that is, with the issuance of the (STRS), their duty to go to the authorities is not fulfilled and entails, in particular, The Office of the Attorney General of Colombia.

In a case that was heard in the criminal jurisdiction, within the Odebrecht process , the trial judge sentenced a citizen with the following argument: “…The office should warn that the [complaint] was not filed because they had been victims of the crime, but rather as a strategy in view of the discovery of the corrupt acts and operations of Odebrecht in our country, well, it cannot go unnoticed that when the complaint was filed in our country, the United States Department of Justice was already aware of the corrupt acts carried out”.

It is clear that, for justice, filing a complaint relating to an investigation after the investigation has already started is more of a cover-up of a crime than anything else. The court, in the course of a sentence, is surprised that the convicted citizen had never come to justice before, especially when their subordinates brought "irregularities" to their attention.

Something similar has happened in arbitration: in the arbitration award by the arbitration tribunal in the Ruta del Sol case, affirmations were made that strongly reinforce the duty to report. The arbitrators condemned the passivity of the parties, when saying: “Episol and CSS Constructores did not initiate actions –for example– as the rendering of accounts to the majority partner, nor did they criminally denounce it (…); they only directed their efforts to the prompt liquidation of the concession contract, trying only to safeguard their resources and reputation”, this despite knowing the facts beforehand.

The duty of complaint and the effective filing of said complaint before the relevant authority were valued by the Appellate Division of the Supreme Court of Justice, in the filing SP2190-2020, special challenge 55788.

The facts can be summed up like this: a person was investigated for the crime of money laundering. The Criminal Chamber of the Bogotá Court convicted the individual of such an offense. Defense for theaccused formulated the extraordinary appeal of cassation and based its argument on the premise that, although its client had worked in Drogas la Rebaja and had been in the entire corporate network built around said illicit activity, he had filed a criminal complaint before the Office of the Attorney General of Colombia for the use of his name in some documents, without his will having mediated.

“Throughout the process, he maintained that he filed a complaint because his name was used to make him appear as a member of the board of directors of Drogas El Cóndor. He even provided a copy of it, filed on March 1st, 2011, thus corroborating his story (…). In this sequence, analyzed the evidentiary elements, it is obvious that their responsibility cannot be clearly, seriously and consistently deduced from he, for which the sentence handed down against him will be revoked”, noted the high court.

In this case, in a crime of the gravity of money laundering, it is clear how the adequate and timely filing of a criminal complaint can be the differentiating element between conviction and acquittal.

There are many more pronouncements that, due to lack of space, cannot be explained here. But, let there be no doubt, it must be reported.