Spanish law firm Toda & Nel-lo has announced the incorporation of Lourdes Pérez-Luque as its new partner in charge of its tax law area in the firm’s Madrid office. 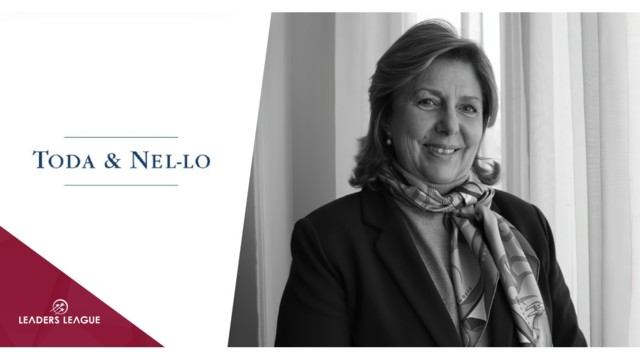 Pérez-Luque has more than 30 years of experience and is a specialist in direct and indirect corporate taxation, as well as in transactions with international implications, and in Spanish investments abroad and foreign investment in Spain. She also has extensive experience in M&A and tax proceedings.

Lourdes Pérez-Luque joins the firm from López-Ibor, where she was head of tax at that firm’s Madrid office. She worked at Dentons, the world’s largest law firm, prior to joining López-Ibor.

She has advised in numerous mergers and restructurings and has participated in real estate transactions and in advising foreign investors in Spain. She has extensive knowledge of tax proceedings, both in tax inspections and before the courts, such as Spain’s High Court, the National Tribunal, and the Supreme Court.

In addition to her role at Toda & Nel-lo, she is also currently the director of international relations of the Union Internationale des Avocats (UIA), and has served as president of the Confédération Fiscale Européenne, and vice-president and general secretary of the board of directors of the Asociación Española de Asesores Fiscales (AEDAF), the Spanish association of tax advisors.

She holds a law degree from the Universidad Complutense de Madrid, and a master’s degree in tax law from the Instituto de Empresa Madrid.

Founded in 1992, Toda & Nel-lo is a multidisciplinary law firm specialized in legal advice and the legal defense of companies and individuals, both in the public and private spheres. The firm has offices in Madrid and Barcelona.