Cuatrecasas has integrated Bilbao-based boutique firm GBP Legal into its structure and appointed its founding partner José Ramón Berecibar as new partner in charge of the corporate and commercial practice in the Basque Country. 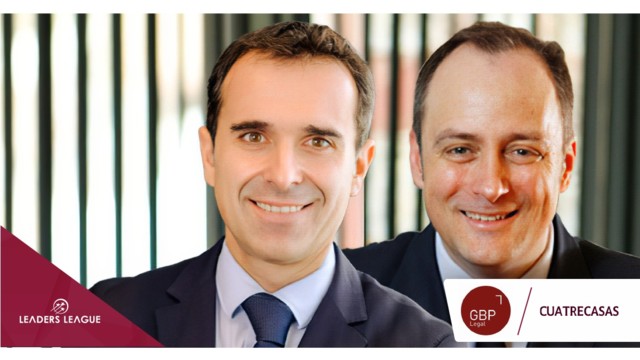 From left to right: José Ramón Berecibar and Joanes Labayen

Berecibar, who joins Cuatrecasas with four other lawyers, specializes in commercial, corporate and securities markets law, and is a well-known player in the Basque Country´s market. Prior to founding GBP Legal he has developed his career both in Spain and the UK.

In addition to this move, the firm has also reorganized its internal structure, and has created a single office in the Basque Country. As of January 1, the firm’s current offices in Bilbao, San Sebastián and Vitoria will be merged to operate as a single office. This reorganization—which will make it in the firm’s third largest office in Spain after Madrid and Barcelona—will have around 60 lawyers in 2021.