The chief operating officer of Facebook is much more than just Mark Zuckerberg’s right-hand woman. 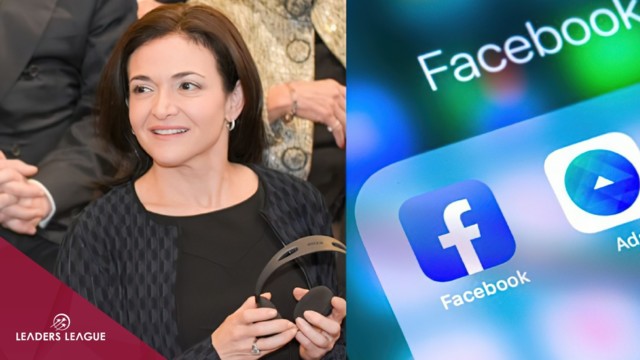 It is no exaggeration to say that Facebook would not be the company it is today without Sheryl Sandberg. In fact, such has been her impact that when the latest disruptive whizz-kid on the block looks to bring in a second-in-command we say that they are looking for their Sheryl Sandberg.
She is the yin to Zuckerberg’s yang, whose disciplined, outgoing nature compliments his creative, introverted personality.

Two ‘bergs are better than one
After meeting at a Christmas party in 2007, Zuckerberg managed to persuade the D.C. native to leave Google for his upstart company to take care of all the aspects of running a business that he had little interest in (sales, marketing, PR etcetera). The Facebook founder made the right choice, as little over a year after her arrival Facebook turned a profit for the first time.

Sandberg’s star shone bright long before she swapped Menlo Park for Mountain View however. She was vice president of sales and international operations at Google where, among her many achievements, she helped develop the smart advertising company AdWatch, a key source of revenue for its parent company. In addition, during her time at Google, she grew the ad and sales team from four people to 4,000. She also found the time to advance the philanthropic arm of the search engine, Google.org.

"Despite having crossed the milestone of 50 years on the planet, Sandberg shows no signs of slowing down. In addition to her Facebook duties, she is on the board of half a dozen other companies and NGOs"

Sandberg’s rise to power in Silicon Valley followed a distinguished academic and political career. During her studies at Harvard, she was taken under the wing of Larry Summers, and her former thesis supervisor later recruited Sandberg as an assistant researcher at the World Bank, where she cut her teeth on assignments such as exploring how the bank could improve the living conditions of people in the developing world.

“She’s an extraordinarily effective, extremely sharp woman,” the renowned economist said of his protegee at the time. Sandberg’s next career move saw her work as a strategic advisor at the consultancy McKinsey before a reunion with Summers at the Treasury Department during the Clinton presidency, working on policies designed to alleviate third world debt.

Corporate feminist
“If you ask men why they did a good job, they'll say, ‘'cos I'm awesome, obviously! Why are you even asking?' If you ask women why they did a good job, what they'll say is someone helped them, they got lucky, they worked really hard. Despite the fact that I wrote a book explaining why women shouldn’t think like this, it’s exactly how I think,” stated Sandberg, whose honest appraisal speaks to the contradictory expectations women have for themselves and their behavior in the corporate sphere.

In her bestseller, entitled Lean In: Women, Work, and the Will to Lead, Sandberg, whose mother taught French at university, encourages women to play a bigger role in professional life. “An equal world will be one where women run half our countries and companies and men run half our homes,” she writes.

Despite having crossed the milestone of 50 years on the planet, Sandberg shows no signs of slowing down. In addition to her Facebook duties, she is on the board of half a dozen other companies and NGOs.
With $2 billion in her bank account, Sandberg is Facebook’s highest paid employee (she earned $27 million in 2019 as against $23.4 for Zuckerberg), which goes a long way to answering the lingering question of why she hasn’t left to be her own boss elsewhere. “If she wanted, she could be the CEO of any company,” remarked Zuckerberg.

So far, Sheryl Sandberg has resisted the siren song of Facebook’s Silicon Valley rivals, but who knows what tomorrow will bring.