Rosario Grasso: "The banking secrecy has never been the only reason for doing business in Luxembourg"

At 54 years old he is the President of the Bar for the 2,261 lawyers in the second largest financial hub in the world. Rosario Grasso, founding partner of the firm Kleyr Grasso was elected in 2014. A specialist regarding sensitive matters in business criminal law, he accepted to answer our questions regarding the Luxembourg market. 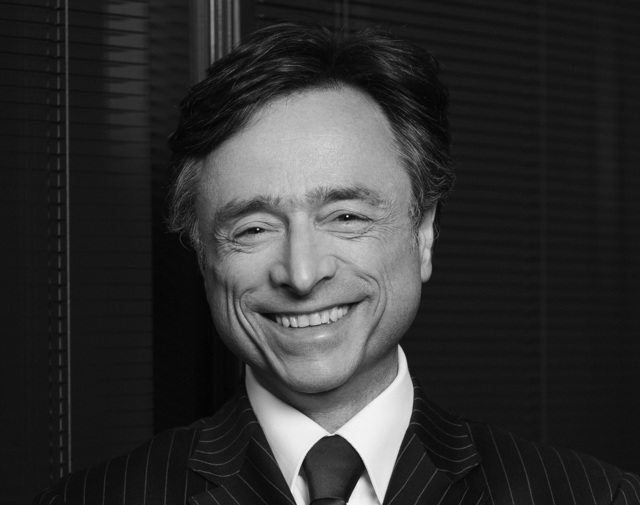 Leaders League. Is there really a lack of lawyers in Luxembourg?
Rosario Grasso. In reality, the number of lawyers in Luxembourg is on a rise with 2,203 lawyers in 2014 and 2,013 the previous year. But Luxembourg suffers from a lack of highly specialized lawyers in some specific fields: insurance and reinsurance, telecommunications, personal data protection, copyrights and financial law, especially investment funds. Firms are looking for senior lawyer profiles boasting specialized university training and sound and substantial experience.

Leaders League. Does this lack of lawyers stem from activity withdrawal related to banking secrecy?
R. G. The banking secrecy has never been absolute. Its withdrawal was announced several years ago and the implementation of automatic tax-related information exchanges is proof that our financial positioning isn’t due to the secrecy or tax concessions. There are tax shelters all over Europe. The banking secrecy has never been our only reason for doing business. In Luxembourg, like in France, it’s forbidden to communicate personal banking data to unauthorized third parties. However, Luxembourg is the first European country and the second worldwide in regards to investment funds present. Financial centres must preserve their positioning and their image which can only be improved, making these law firms more and more fastidious in their recruitment policies.
Services offered by business law firms have changed. Very strongly focused on tax and financial law, these firms are diversifying to meet the specific needs of their clients which are often large international groups searching for a complete range of legal and tax services.

Leaders League. There are a large number of foreign lawyers in Luxembourg. Is this immigration not enough?
R. G. It’s true that lawyers practicing in their own language – French, Belgium, German, Dutch, Spanish, Portuguese or Italian – are numerous in this country. For over five years now, we’ve seen a large increase in the number of these lawyers who come to work here after some basic inspections and a registration on the Luxembourg Bar, in compliance with the European Union. This influx of foreign lawyers only fills part of our lawyer needs in some specific fields where a specialization or a specific expertise is demanded. Our Bar Association has always been open and our foreign colleagues who meet our needs are more than welcome in Luxembourg!

Leaders League. The number of lawyers is very high proportionally to the population. Does this not show a sort of market saturation of lawyers in Luxembourg?
R. G. You’re right! There are four hundred lawyers for a hundred thousand inhabitants compared to 90 in France for example. However, this high ratio is justified by the central positioning of Luxembourg in the European Union, by its established and recognized know-how in all financial sectors and by the substantial financial stakes at play here. Many international companies expand their activity using Luxembourg as a spring-board or even by setting-up shop in the sectors of insurance and reassurance or telecommunications. The Grand Duchy is a privileged development area for many already-established companies such as IBM, Microsoft, Amazon, EBay or the head office for I-Tunes.

Leaders League. Anglo-Saxon firms are very present in the country. Are you not afraid of fierce competition?
R. G. There are indeed numerous Anglo-Saxon firms who had to make a trade-off between continuing working for their clients in their activities in Luxembourg using a remote-platform abroad or to open a local office for more immediate company-client availability. Some examples are the recent arrivals of SJ Berwin, Hogan Lovells or the merging of the DLA Piper office. It’s true that these firms eat away a part of the local business firms market but they should never be considered as a threat. Firstly, they often solely work with their own clients onsite and also there are many issues regarding conflicts of interest or litigations where a local lawyer is called upon. Then there is also the fact that these firms rarely practice using Luxembourg law. So their presence illustrates that Luxembourg is undeniably the leading international platform which has its place and importance in our global world. They honour us with their presence!
Personally, we are very attached to our firm’s independence and we maintain a fruitful coexistence with the Anglo-Saxons.

Leaders League. What future do you see for the Luxembourg Bar?

R. G. By looking over the figures of the past 4 years, I notice that the number of lawyers in Luxembourg is stable. There is always this overall balance of some colleagues leaving while new ones arrive. There will always be a need for lawyers in Luxembourg. Unlike other large law centres, we are looking for lawyers in specific sectors with a distinct expertise. The notable development of these past years is thanks to the abolition of the banking secrecy, effective since January 2015. Banks notice that there are less and less small investors but more and more large fortunes and also notice more Data Center activities. I am personally confident about the future as specific-sector expert lawyers will always be able to practice in Luxembourg. We’ll never have too many lawyers. We’ll probably remain between 2,000 and 3,000 lawyers which is an appropriate number.