Americans driving prestige European sportscars is nothing new, but Volkswagon's decision to hand the keys to Porsche’s IPO to a quartet of US banks has raised eyebrows in Europe’s financial capitals. 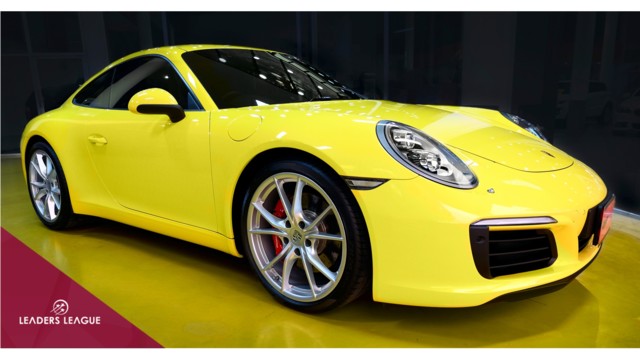 According to the Financial Times, not a single European bank will be involved in the operation, with German powerhouse Deutsche Bank having been overlooked and neither Barclays nor BNP Paribas required either.

In their stead, Volkswagon has brought in US financial muscle as the IPO’s global coordinators, in the shape of Goldman Sachs, Citi, Bank of America and JP Morgan.

The Porsche IPO saga has taken several turns since the luxury car company was bought by its compatriot eight years ago. It looked set to go ahead in 2022, but the war in Ukraine may have thrown a spanner in the works.

In its most recent press-conference, the Wolfsburg based company said no final decision had been made on the date of the IPO, although most industry analysts believe a Q4 2022 launch is still likely.

“We cannot rule out, if the conflict lasts a longer time, that this could have potential implications on the listing,” remarked Porsche SE’s finance and IT director Johannes Lattwein, at the end of March, without going into further details on precisely what these implications might be.

Should Ukraine fail to put the brakes on a 2022 IPO, the stock market entry of Porsche AG promises to be historic in terms of the amounts set to be raised. Hovering around the $100 billion mark, Volkswagon’s current market capitalization is not nearly in the same league as Tesla’s $1 trillion valuation.

By taking Porsche public, it is set to shift the company into a higher gear. A major windfall is in prospect, with the IPO predicted to fix Porsche’s worth at around $95-$100 billion.

Electric feel
Volkswagon will need every cent, in order to cover the costs involved in financing the development and manufacture of electric, autonomous and connected vehicles. The company has already pumped tens of billions of euros into its electric vehicle programme, and intends to reach the milestone of 50% of total sales being electric vehicles by 2030.

However, the doubts over the timing of the launch come in the wake of the flagship Wolfsburg factory seeing production fall by almost a half in 2021, due to the global shortage of semi-conductors.

And as regards IPOs in general, in the first quarter of 2022, there were just 321 globally, a drop of 37% compared to the same period last year, according to EY, with amounts raised going from $82 billion to $54 billion.

However, despite ongoing market volatility, since February Volkswagon and its principal shareholder Porsche SE have been setting the stage for an upcoming IPO. 100% owned by Volkswagon, the manufacturer of the iconic 911 sportscar is itself controlled by the Porsche–Piëch family holding, which has a controlling interest in Volkswagon (53.3%).

Porsche SE is set to take a 25%-plus-one-share blocking majority stake upon listing. Around 49% of the proceeds from the Porsche’s IPO will be paid out to Volkswagon shareholders in the form of a special dividend.

The finishing line of Q4 2022 is in sight, it remains to be seen whether Porsche can cross it.