The Italian corporate and tax giant joins a verein that is already a European market leader. 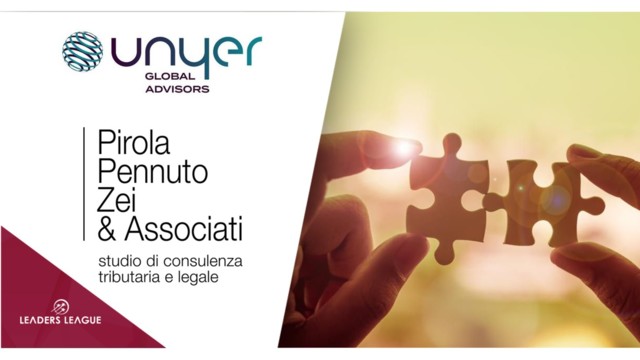 The unyer alliance – founded by market-leading French behemoth Fidal and Cologne-headquartered full-service firm Luther – has expanded to include Pirola Pennuto Zei & Associati, a major player in the Italian legal and tax scene.

Established in May, the unyer brand now encompasses an aggregate revenue of €500 million earned by over 2,000 lawyers across well over 100 offices in Europe and Asia. It is an “exclusive” network, aiming to have one member firm in each of the top 20 global economies by the end of the decade, but all three member firms so far have chosen to retain their original names, so the added value and name-recognition of the unyer brand per se remain to be seen. However, one of its key aims is to incorporate or target non-traditional legal businesses, particularly legaltech companies, to strength both the brand and its constituent members.

Each of the three firms has a partner on the executive committee: Pirola Pennuto Zei & Associati is represented by Massimo di Terlizzi, a tax expert who is both a senior lawyer and a dottore commercialista, Italy’s prestigious equivalent of a chartered accountant. M&A expert Christine Blaise-Engel from Fidal is unyer’s CEO, while Luther’s representative on unyer’s board is Markus Sengpiel, an expert in IT, media and biotechnology.

“Italy – the third largest economy in continental Europe after Germany and France – has always been our preferred country for unyer’s first expansion,” said Blaise-Engel. “The fact that we were able to attract such a significant market player as Pirola to unyer within four months from its founding makes it clear that the idea of establishing an independent organization with exclusive partnerships has been met with great enthusiasm.”

The alliance was already a coming together of giants: Fidal has 90 offices across France, and is the country’s highest-grossing firm, while Luther, with a comparatively modest 10 offices in its homeland, ranks fourth among German firms with the highest turnover. Pirola Pennuto & Zei occupies the same ranking in its home country, and though its revenue is by far the lowest of the three firms (given that the Italian market is the smallest of the three), it is the second-largest in headcount, with around 600 professionals.

One of the key tenets of the alliance was an “industry mindset”: member firms had to be full-service as well as having significant industry focuses, and indeed Pirola Pennuto Zei & Associati is well respected in Italy for its tax expertise.

The firms will be hoping that this alliance will obliterate the memory of mergers that never worked out. In 2017, merger talks between Luther and UK firm Addleshaw Goddard fell through; the following year, Fidal lost 145 lawyers, including 26 partners, to the new French legal arm of its longtime collaborator KPMG. Meanwhile, Pirola Pennuto Zei & Associati’s continued membership of the non-exclusive Meritas alliance has come under question: a Meritas spokesperson said that “as per the Meritas membership policy, there will be a review of the situation”.

The news of the alliance comes at an interesting time: on Wednesday, Nctm – another significant full-service firm in Italy – announced that it will be co-founding an alliance, also with a German firm and a French firm (Beiten Burkhardt and Altana). This network, which is named Advant, is less than half the size of unyer in terms of aggregate revenue, and has about a third of the professionals, but is a notable development given Nctm’s position in the Italian legal market; moreover, Advant's member firms seem closer-knit, and more closely tied to their umbrella brand.

Advant, too, is looking to expand in a sustainable fashion over time. We will be watching this space closely to see how the verein model continues to entice Italian firms into international alliances.