Pestalozzi partners: “Only a few Swiss law firms are able to deal with complex international transactions and proceedings”

Pestalozzi is one of the few local law firms able to take on international cases. The firm’s Managing Partner Urs Klöti and its Chairman Michael Kramer give us their insight into this dynamic legal market. 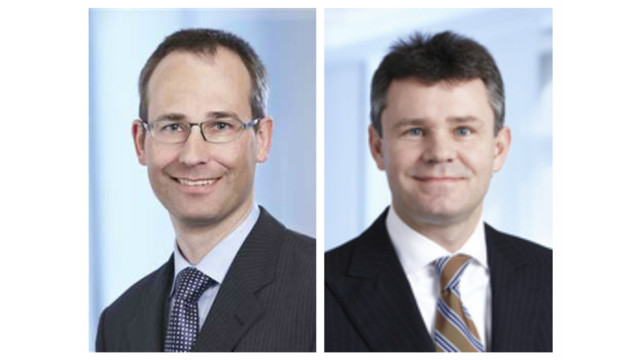 Leaders League. What are the particularities of the Swiss legal market?

Urs Klöti. There is the business law market and the overall market where you have all the other smaller local players. Only a few Swiss law firms are able to deal with complex international transactions and proceedings. Any important local companies such as Novartis and Nestlé have their cases taken care of directly by the magic circle firms in London. The segment of midsize firms dealing with international matters is quite small. Of course, the particularity of Switzerland is that we have
two different places, Geneva and Zurich, that have – beyond the fact of being in different parts of Switzerland – various legal focuses within their legal markets. Geneva is known for institutional organizations, commodity traders and – decreasingly – for private banking, whereas Zurich is especially known for banking and finance. Both Geneva and Zurich are traditional places for international arbitration.

Michael Kramer. Since we have chosen to have offices in those two cities, we are particularly suited to working all over the country, in all its different regions and in each of the official languages. As one of the main Swiss law firms, our goal is to remain independent in this evolving market. Of course, it is also our aim to serve our international clients in the best possible fashion. We have the necessary strength and skills to serve the international clients according to the highest international standards. For those clients, there is actually no specific need to mandate such big international law firms. We have recently witnessed international law firms setting up offices in Switzerland but so far these have been small boutiques. The market is still pretty much dominated by strong local law firms.

Leaders League. Some law firms – or sometimes entire teams – have merged recently. What is your view on this phenomenon?

U.K. In the market, what has been witnessed recently is that many small and midsized law firms have merged in order to grow headcount. This is something quite new in Switzerland. Often such mergers are rather ‘franchisings’, meaning they work together under one brand but are not fully integrated. But the number of lawyers should not be mixed up with their capacity to work on an international scale. For some of them, even though they may reach a critical size through these mergers, they will not manage to attract complex international matters. That, only five or six law firms working in the country are in a position to do. In other words, even after merging some of these new law firms don’t get to compete with the biggest local players, those who are established on the international scene. What is certainly driving these changes is the fact that with global international law firms merging and growing themselves, smaller law firms need to be of a certain size to survive. Mergers of entire teams, practices or law firms may be a valuable strategy, but if you do it through franchising it may not help and actually have the reverse effect.

Leaders League. Your ambition is to remain independent. How do you plan on achieving this goal?

U.K. Indeed, as much as we want to keep being a top-tier law firm in the market, being attractive for both the national and international clients, we also want to focus on some of the core practices, such as corporate/M&A, banking and finance, and litigation-arbitration.

M.K. To some extent, this will lead us to reinforce some of our practices, as has been the case with the recent arrival of Thomas Legler and Beat Mumenthaler in litigation-arbitration in Geneva. To achieve this goal not only do we need to recruit young talent, but also to educate them and make them stronger. We have established a sound and efficient education program within each of the practice groups. These internal education programs, topped off with seminars and external education, as well as participation in international events and panels, should not only allow those young talents to be visible but should also increase the firm’s visibility.