Niche Banks and the Race for Change

Smaller, flexible banks may have an edge over industry giants in the fast-growing digital economy. 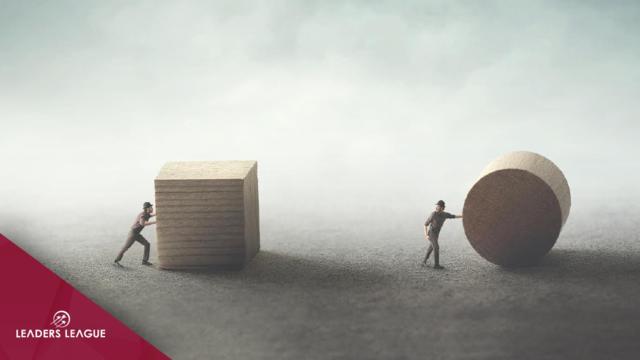 The National Bank of Belgium (NBB) closed its office in Kortrijk just over a year ago in a move which fully eliminated its physical presence in the Flemish provinces. Its branch office in Liège closed its doors in late 2018 as well. A spokesperson for the NBB explained that “the chief reason for these closings is that the logistical process of circulating currency has drastically changed over the past few years. Branch offices have lost much of their significance to corporate and private clients”. The bank plans on moving its centre of operations to a high-tech site in the periphery of the capital.

BNP Paribas Fortis also stirred headlines when it announced in early 2019 that it planned to cut 2,000 jobs across 62 branches over the next three years. Even more so when ‘well-placed sources’ confirmed the retail bank was speeding up the process. “We are a digital bank now,” boasted CEO Marguerite Berard in an interview with Bloomberg in May. The bank had previously announced it had set aside €3 billion to invest in technological developments through 2020.

Faced with new technologies and constant innovation within the industry, financial institutions continuously find themselves conforming to legislation and regulations that struggle to keep up with the changes themselves. For the big players, this means either getting ahead of their peers through hugely expensive and deeply transformational reorganizations, or getting left behind.

The smaller institutions are no exception. Take Degroof Petercam, for example. An audit by the NBB revealed shortcomings in the private bank’s anti-money laundering protocols, which cost former CEO Philippe Masset his job. His successor, Bruno Colmant, was brought in to restore the bank’s reputation and bring it up to pace with the current regulatory landscape. Not many would envy him. However, he remains confident in the future of the bank despite pressures from competitors, regulators and shareholders alike.

“Our competitors of the future will be consultants and accountancy firms like Deloitte and E&Y,” he explains in an interview with Patrick Claerhout, editor at Trends. “I believe in niche banks. Our asset is our expertise, which is why automatization and the competition of new digital platforms doesn’t affect us nearly as much as traditional banks.” He does not stand alone. In the words of Rik Coeckelbergs, founder of Belgian financial networking community The Banking Scene: “the future is for the nimble. The future is for niche players.” Clearly sharing Colmant’s outlook, Coeckelbergs clarifies that “smaller-scale companies have more flexibility to deal with change, they have better contact with their employees and clients, and they have a stronger culture.”

That being said, Degroof Petercam had already embarked on its own drive for digital innovation in late 2018 through the appointment of Xavier de Pauw as Group Head of Strategic Innovation. It will be fascinating to see how smaller players such as Degroof Petercam fare in the ever-expanding, ever-evolving fintech space, armed with their expertise but fewer resources than a giant like BNP Paribas Fortis. Can the nimble keep pace with the behemoths? Or will the giants lead the charge?