Major Italian firm Legance is well-versed in compliance and criminal law. Its head of white-collar crime walks us through criminal trends, the Italian regulatory environment, and what makes Legance’s practice stand out. 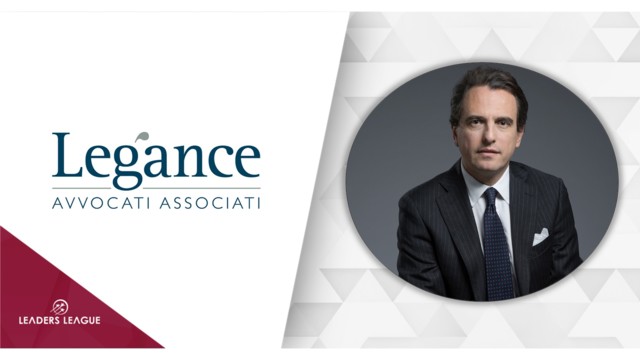 Leaders League: What impacts did the COVID-19 pandemic have on white-collar crime in Italy?

Niccolò Bertolini Clerici: During the COVID-19 pandemic the entire Italian judicial system had to face several challenges that required a major evolution. The main problems stemmed from the significant technological backlog suffered by the courts’ offices; in addition, remote hearings and smart-working challenged core pillars of criminal trial procedure, such as the principles of orality, immediacy, and the right to confrontation and cross-examination in general.

On the other hand, due to the pandemic, technology-related white-collar crimes, such as cybercrime, money laundering committed using new payment methods (such as cryptocurrencies) and computer fraud, have increased. More common white-collar offences, such as fraud, have shown a deep connection to pandemic-era changes: “man in the middle” scams, for instance, were reported to increase and become severer and harder to detect, due in part to the massive use of remote technologies.

Longer-term, has white-collar crime in Italy been changing over the last three years at all? And if so, how have lawyers been catching up?

Judicial counseling is still of course the most relevant area of the white-collar crime discipline. Nonetheless, new fields of practice are strongly developing. We refer, first of all, to M&A and transactions in general, where white-collar crime lawyers are requested to provide clients with a broad range of assistance, analyzing criminal proceedings that potentially involve the targets, the compliance programs in place, the applicable remediation measures, mitigating factors, and arrangement of warranties within the deal.

Internal investigations and auditing controls, moreover, have increased substantially, also in light of the effectiveness provided by the rules of the code of criminal procedure, which entitle the counsel to carry on preventive investigative activities even before the filing of a criminal case and under the protection of client-attorney privilege.

White-collar crime lawyers, from an extra-judicial standpoint, are required by companies on a daily basis to contribute to the design of effective compliance programs, and are often in charge of the drafting and implementation of the organizational and control model pursuant to Legislative Decree No. 231/2001.

What does the current criminal law framework for white-collar crime look like in Italy, how does it compare to other major European countries, and how does it fit into EU frameworks?

The Italian criminal law framework for white-collar crimes represents a combination of accusatory principles and a few reminders of the inquisitorial system; it is characterized by a sweeping criminal law, mandatory prosecution (as alternative to discretional prosecution, which is common in EU countries), and due process of law, to name a few.

White-collar crime laws have also embraced corporate criminal liability, which has not been expressly adopted by all EU states’ legislation: its pillar is the Legislative Decree No. 231/2001, which establishes corporate liability in connection to a vast list of predicated offences if committed in the interest or for the benefit of a company by its representatives or employees, and requires the legal entities to adopt compliance programs in order to avoid such liability.

Over the years, also due to the impact of EU legislation, there have been several reforms, including (a) tax crimes, part of the PIF [Protection of the Financial Interests of the Union] Directive; (b) cryptocurrency, set in implementation of the EU Reg. No. 2019/881; (c) money laundering, provided for in EU Directive No. 2019/713; (d) cybercrime, illicit treatment of data, and offences against individual persons and market abuse, implemented as part of the EU Law 2019-2020.

How could Italy’s white-collar crime laws be improved or updated to be more fit for purpose?

White-collar crime laws should incentivize the use of plea bargaining and, in general, of alternative dispute resolution proceedings aimed to reduce the workload of the courts.

With specific reference to corporate criminal liability, the system would possibly benefit from the introduction of non-trial settlements, like the US’s non-prosecution agreements and deferred prosecution agreements, through which the public prosecutor could decide to respectively postpone or not indict/request conviction of the defendant company in case of compliance with the provisions and adoption of remediation measures agreed in the settlement.

The improvement of laws should also be accompanied by a development in the legal use of technology and the collaborative relationship between authorities in the investigation and prosecution of such crimes, as well as in the prevention of their commission.

Legance’s white-collar crime law practice is specialized in both judicial and extra-judicial counsel to major players not only in the Italian financial and economic environment but also internationally, providing assistance also to institutions, foreign authorities and governments.

The practice holds a vast experience in corporate vicarious criminal liability as per the Legislative Decree No. 231/2001, having been involved in some of the most significant white-collar criminal trials over the years, and having supported companies with implementing the relevant compliance programs.

Legance’s white-collar team is also involved in preventive investigations and internal auditing carried out by its clients, and, given the strength of the firm’s corporate practice, is commonly required to step in during major M&A transactions, taking part in the due diligence process any time a target is seen to have potential relevant white-collar crime issues.

Could you walk us through a major white-collar crime case Legance has acted on in the last year, anonymizing names of parties to preserve confidentiality?

Legance’s white-collar crime team is representing at trial one of the Big Four accounting firms, which has been charged with an administrative offence arising from the commission of a criminal offence – obstructing the exercise of the Supervisory Authorities’ functions – allegedly committed by one of its directors, pursuant to Legislative Decree No. 231/2001.

In particular, the criminal trial has to do with the insolvency of a major Italian bank and the audit of its financial statements. Preliminary investigations have led to the indictment of both the statutory auditor and the auditing firm. Indeed, according to the prosecution service, the auditing firm is liable for having failed to adopt and effectively implemented an organizational, management and control model able to prevent the allegedly committed offence.

The case involves more than 9,000 individuals that have brought civil action in the criminal proceedings, and involves complex accounting issues related to the auditors’ duties in their relationship with the supervisory authorities.

Is the world of cryptocurrency an imminent issue for white-collar crime in Italy? If so, how is Legance’s department gearing up to it?

More and more we see the phenomenon of cyber money laundering, i.e. the re-use of illicit money in the cryptocurrency system. Such a payment method ensures greater anonymity, also allowing the transfer of large amounts of money to tax havens or blacklisted countries.

Legance’s white-collar crime practice deals with such offences through ordinary judicial activity but also by specializing in asset-tracing and recovery, achieved in part through an efficient and experienced international network.

From an extra-judicial standpoint, the practice is expert in assisting clients with internal investigations and implementing of specific policies and compliance programs for the avoidance or prompt detection of possible criminal activities, thus preventing possible charges under corporate criminal liability laws.